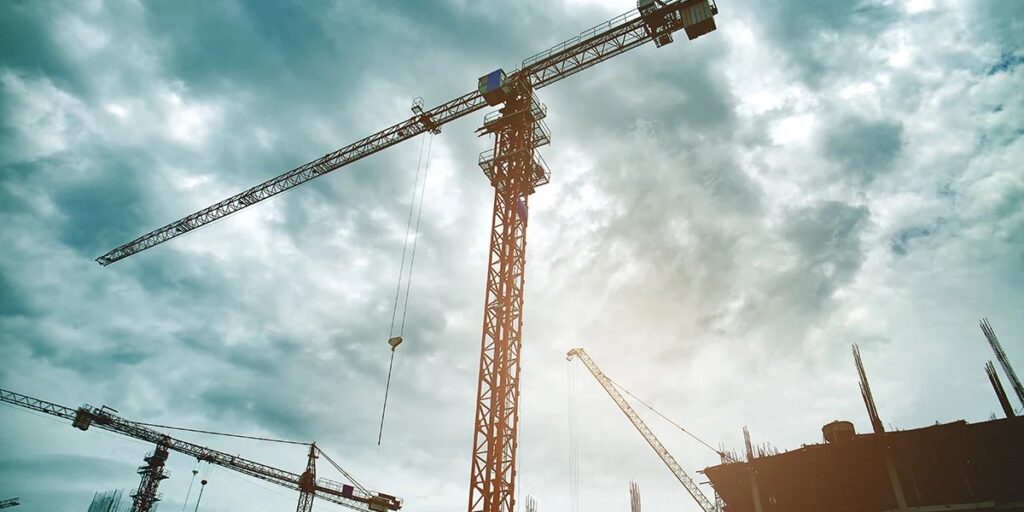 What is the state of commercial real estate? Who will be selling next year in 2023? Which asset class could hurt the most next year? Deidre Wollard, a writer and editor at The Motley Fool will share her insights.

Tell us a little bit about you.
I’ve been with the Motley Fool for about four years. And before that, I worked with real estate brokerages on the marketing side, I did a lot of writing about commercial real estate and studying the market in general.

What is the state of commercial real estate today?
It is an interesting time. It has always an interesting time in real estate. Right now, I feel like everybody is waiting for something to happen, which is really interesting. We’re certainly seeing that on the residential side, because the housing market is sort of on pause. And we are seeing that on the commercial side as well, interest rates are so high that people can’t get access to capital the way they could. And there’s that little uncertainty about what’s next in the overall economic sector. Are we headed into a recession? Consumers are spending a lot right now, is that going to shift? All of that uncertainty is leading to a bit of a lack of deal flow from what I’ve seen.

I personally get at least one email a day saying that a property is back on the market, and also a price decrease email. Are you seeing that? Or are you hearing that from people in the industry, such as brokers, sellers or buyers?
I’m definitely hearing that from commercial brokers, because part of that is because plans have been changing rapidly, and that that is a big factor here. In the office sector, we’ve seen so many high profile layoffs, so many companies changing how much office space they need, they’re putting things up for sublease. All of that is trickling down, you get that uncertainty on the buying and selling side with people wondering if should they hold on to a property if a major tenant starts to look iffy? All of that is leading to what’s happening in commercial real estate.

Are sellers coming to their senses or not? For instance, we were in contract for a couple of properties, however, with the latest hike, the bank quoted us an 8% variable and a 9% fixed rate, and the seller did not want to retrade. Are you seeing them coming to their senses now, or do you expect them to come more to their senses next year? Who will be selling next year?
I think it always takes sellers a little longer to come to their senses than buyers. This happens in both residential and commercial. There’s a six month to a year lag between the prices dropping. Buyers are hyper aware of it, the sellers are not as aware of it because they’re looking at the comps. They’re looking at what sold and if you’re looking at what sold in the past six months, you’re going to have a price that’s going to be a lot different than what a buyer who’s looking at other things on the market thinks that it’s worth. So you’ve got that real push pull that happens. I think sellers will come to their senses, but I think it’s going to take a little longer, and it may take a little bit more economic pressure of if they’re holding on to a property or something like that. And then they decide that they actually do need to sell.

Which asset class do you think will be the one that is most hurt next year?
I think it continues to be office, office has really struggled. We are also starting to see a little bit of a weakness in industrial. That has been happening ever since Amazon about three or four months ago made a statement about looking at their warehouse spacing, we have seen that sort of fall throughout the industry. So there’s a little bit of a weakness starting to happen in industrial. Overall, it’s nothing to worry about. But with office, the question I keep asking myself is, is this a permanent shift? And I think my viewpoint on that has changed throughout the cycle as different things just keep happening. Now we’re starting to see something interesting, because the employers are starting to have more of the power, you’re getting more and more employers demanding people to go back to the office. And it’s starting to work. That is one reason that I’m getting a little bit optimistic about office. But overall, companies are still looking to cut costs where they can and that is an easy place for them to do so. And especially with office, you have a lot of five year tenure leases. Not all of those have come up during the pandemic season, some of them are coming up now, just as office still seems to be so uncertain, so that’s the reason that sector worries me a lot.

I agree with you with regards to changing our points of view throughout the last two to three years. I always tell people to put pieces of the puzzle together, use your brain to try to come up with what is going to be happening. Snap, for example, just said that they’re going to be mandating four days back in the office, mandatory. And also at the same time, I saw somebody tweet the other day saying that she was on a call with her peers when everyone was remote. And nobody was prepared. One person was driving, one person was doing this, and somebody else was doing that. So put the pieces of the puzzle together and try to understand what are companies going through right now. And are they going to be able to demand employees to be back, especially now that a lot, of at least tech companies, are laying off people? Put your thinking hat on and observation and don’t just rely on one source. What else is a hot topic right now within the commercial space?
I think there are a lot of topics. The biggest one is, is there still going to be enough capital? Are people still going to be lending? What will the lending forecast look like in the future? No matter what sector you’re in right now, every time the Fed moves, the stock market goes crazy, all the calculations shift in real estate. It’s very interesting. Every time there’s a Fed meeting coming up, we’re always looking at what Jerome Powell is going to say and what does that mean for the future. It seems like they’re starting to say that the monetary policy is working. And it seems like that’s going to mean that the federal funds rate are going to at least slow down the pace. So that should be good news, it should trickle into the lending environment. And that should mean that interest rates might moderate a bit and I think everybody is going to sigh of relief with that one, because it’s going to make it a much more sane lending environment. It’s really tough when you don’t know how fast things are going to change, and that leads to uncertainty, and uncertainty often leads to people opting for nothing instead of moving forward.

When you invest in your next deal, what asset class is more interesting to you right now and why?
Multifamily is forever interesting, because we’re never going to run out of need for it. And it’s not as much driven by what happens with the economy. Rent prices right now are definitely stabilizing, the question though is where are we overbuilding and that’s the thing that’s really important to watch because we saw so much activity flow into the Sunbelt, both before the pandemic and during, and that’s moderating a bit. You see some of these hot markets get a little different and you start to wonder, are we building too much in Austin, Texas, for example, and start to think about, where’s the money going next? Where are the people going next? That I think that is the puzzle that is most interesting.

Someone once said that, and forgot the number of cranes, but if you see a certain number of cranes in within a radius, you should stop investing there. And I saw a whole 360 worth of cranes in Miami.
Miami is interesting because so so many people moved there, it seems like all of Silicon Valley got up and moved to Miami. Is that a long term thing? I’m not so sure. Long term, the climate issue alone concerns me about Miami.

It’s unknown for sure, but it’s very vibrant over there. And people from New York also moved there. And I spoke with somebody that said that hotels in New York are not back on track yet. So it’s TBD if it’s going to be permanent or not. Is there anything else that you think is important for our audience to know?
I think hotels is an interesting one to follow. Because when we look at consumer behavior, everybody spent on goods during a portion of the pandemic, then everybody switched over to experiences, and that changed the forecast of hospitality. The longer term trend that I’m watching there that I think is really interesting, is what we saw with Airbnb and long term stays, they saw their 28 day and higher stays keep growing.They announced recently that they’re now letting apartment renters rent on Airbnb, which is interesting. At the same time, you’ve got Marriott, that just announced Apartments by Bonvoy, which is basically, medium term rentals of more apartment style units. There’s something happening there with medium term 30 to 90 days, stays, I think that’s an area to keep an eye on.

You are right on point. I was doing that since April, Miami for a month, Southern California for two months in San Diego, Newport for a month, and that is exactly what I was looking for. I did check a couple of hotels, and they were still a bit overpriced on the long term stays. But that’s very exciting to know that they’re open to that, and about Airbnb as well.

airbnbcommercial real estateDeidre Wollardfedhotelsinterest ratesofficeThe Motley Fool
Previous PostTips For Working With The City to Get Your Project ApprovedNext PostDo You Compare Yourself With Other Real Estate Investors?