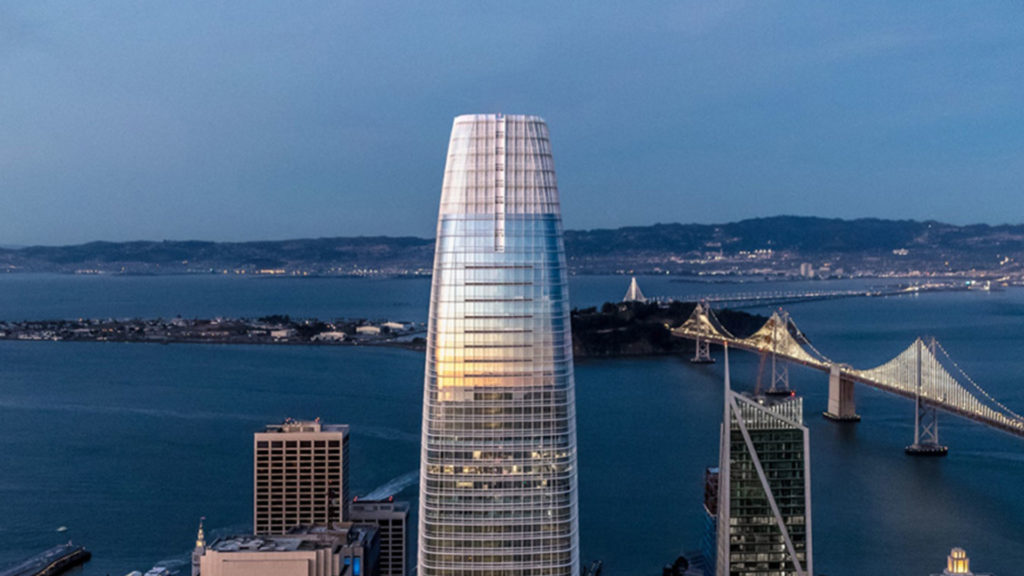 In the last episode, we reviewed the Investors Summit at Sea and shared a few lessons that we learned while at the Summit. In this episode, I will be interviewing Reuben Torenberg, he is a commercial real estate broker with CBRE in San Francisco and specializes in helping startups, technology companies, and venture capital firms find and manage office space in the San Francisco Bay Area and beyond. We interviewed him at the Salesforce Tower in San Francisco, which is the tallest building in the city, and will be for the next fifty years.

Reuben is an avid basketball player, he loves to travel and explore with friends. He is from New Jersey, born right outside New York City, and went to school in Florida at the University of Miami. After coming back from New Jersey, he immediately started working for CBRE, the largest real estate firm in the world, where he currently works now.

What do startups look for when leasing an office?
Every startup is in rapid growth mode. At the very beginning you don’t know exactly what your projections are 12 months out, even six months out. So you are looking for space to do a few things:
1. The main one is to attract talent.
2. The second is to manage your growth. You don’t want to get an office that’s too big and be hemorrhaging money.
3. The third thing is staying flexible. It’s very hard both in San Francisco and throughout the world to find space that will let you stay flexible as you continue to grow larger, as landlords are looking for three to five year terms.

So you have to be creative in how you’re able to position your client to stay short term. One of the things you can do is actually get into subleasing. A lot of companies that are growing too quickly or shrinking faster and they’d hope need to offload space for 12 months, 18 months, which tend to be very, very attractive situations for our clients.

Who would be responsible for subleasing that space? The tenant or the landlord?
The tenant is responsible. They become a sub landlord in that instance, and they put the space in the sublease market, usually at a premium here in San Francisco because it is so attractive to startups. And then once they managed that whole leasing process, they need to get the landlord’s consent where they present the sublease to the landlord and the landlord has 30 days to say, yes we would like this new tenant, or no. Another huge thing for startups is being near public transit. Attracting talent in San Francisco has become extremely difficult. They’re now looking to the East Bay. There’s also a lot of talent down in the South Bay with Stanford, with Berkeley in the East Bay. Being near Caltrain and being near Bart is a huge plus, and rents are much higher near those areas. So startups try and find something in between. Subleasing is one option.

Another big one, at least while you’re small (let’s say under 20 employees) is finding these live works. A lot of live works have popped up in San Francisco near Caltrain where you aren’t required to live in them. They’re a little bit cheaper than traditional office space here, which is getting more and more expensive every year since 2010 – it has more than doubled – and they will offer you a flexible term. Live works will only do a one year deal, so it’s the ideal situation for a growing startup that’s between five and 15 people and doesn’t know where they’re going to be in a year, it’s something that can help them maintain flexibility. The final one, which is becoming more and more popular and is now the biggest discussion point in San Francisco and maybe in the country is the concept of co-working spaces. The We Work‘s of the world, the Knotel‘s, Industrious, and Regus. They are presenting solutions that are very attractive to startups. You pay on a monthly basis, you don’t need to buy any furniture, you don’t need to pay for internet. It is all just managed for you.

Let’s go over the pricing in San Francisco, which we’ll probably translate to the same step pricing in other locations.
This is a moving target, it changes pretty much every quarter in markets like this. Right now the average asking rate for space is $83 per square foot per year. This is over 100% from 2011 when we were at the high thirties, maybe $37 a square foot. So you can see that if you were to put it on a chart, it would just go straight up. And maybe we’re due for a downturn, and I expect in that downturn it will go straight back down, like how it did after the .com boom.

When you enter these co-working spaces, they tend to be more expensive on a per square foot basis because they cover everything. Picture anything from $105 a square foot, up to $140 a square foot. So about 1.5 times the standard office lease. But when you take into account buying your own furniture, build out, paying for internet and maintaining the space, it can get a little bit closer.

The cheaper ones, the live works, those tend to be closer to $60 a square foot or $65 a square foot. And those options are really attractive for companies that have just gotten their seed funding and don’t want to spend a ton of money on office space. Office space is a sunk costs, like when you’re renting an apartment, you’re paying this monthly rate, you’re not getting anything back, there’s no appreciation. So we advise our clients to really pay as little as you can until you get big and need to pay for office space to attract the legitimate talent and stay as flexible as you can. Don’t get yourself stuck in a five year lease where you’re going to grow out of in a year and be forced to either sublease or or take a hit.

As you get closer to public transportation, rents go up from let’s say $78 up to $95 per square foot. And this can be totally different in two or three months, it fluctuates more on the upside than on the downside.

And as you go out further and further away from public transportation, it can get all the way down to $55, $60 a square foot.

Other variables to take into consideration when deciding on the price per square foot:
– The condition of the space: is it in shell condition and needs a ton of work? Did the landlord do what’s called a spec build and build it out completely in advance for a new tenant to say “Wow, this is beautiful, I’ll take it”? Does it have a dropped ceiling, which is very unattractive to startups and tech companies? (and those are priced much cheaper). So if you’re in financial services in San Francisco, you’re probably getting a deal. The spaces that tend to be the most expensive are the ones that all the tech firms want.
– Is it creative? Does it have high ceilings, brick wall, polished concrete floors, tons of meeting rooms and things like that. So besides

What are some other things that they look for when leasing an office?
It all ties into the big main question: will this place help us attract talent? Once you get past that, it goes into a lot of the comfort stuff, so a big one is how many meeting rooms are in this space. A lot of times startups like to be in wide open environment to maximize the amount of people you can fit in, and to endorse collaboration, to have everyone talking, hanging out, help the culture. But everyone at some point needs to enclose themselves in a room to have a private conversation. The question is, are there enough meeting rooms for us to fit? This is frequently a pain point. We have a metric actually for it, and it will vary between companies, but we say that startups should have at least one meeting room for every 7 – 10 employees. So if you have 50 employees, you should get at least five meeting rooms.

Another one is size. Can we fit all of our employees for the duration of the term? If this is a three year lease, but we’re going to be blowing out of it in a year, do we need to take on more space? These two have become really big recently. But the first is are there enough restrooms? Because these tech companies are trying to jam as many people as they can into spaces in buildings that weren’t necessarily built for that. You can have one of these industrial buildings that’s zoned for office with only one restroom, and you have 40 people that you fit in the space, in about 5,000 square feet, and there’s lines for the bathroom, or you need to go to a nearby cafe to use the bathroom, or it’s just one unisex bathroom. These are smaller pain points that tend to be really important once you have experienced it. On that same vein, most buildings in San Francisco don’t have HVAC (heating, ventilation and air conditioning) because San Francisco is a very temperate city that generally doesn’t have much of a need for it. But for a few weeks during the summer it gets pretty hot. And if your windows don’t open and you don’t have any HVAC, it becomes very difficult to work. So these living conditions of the space are also very important.

commercial real estateCREcreiofficeoffice leasesilicon valleystartups
Previous PostReview of The Investor Summit at Sea and Lessons LearnedNext PostOffice Leases: Lease Negotiation Points, What Makes for a Good Landlord, What Does “Base Year” Mean on a Lease