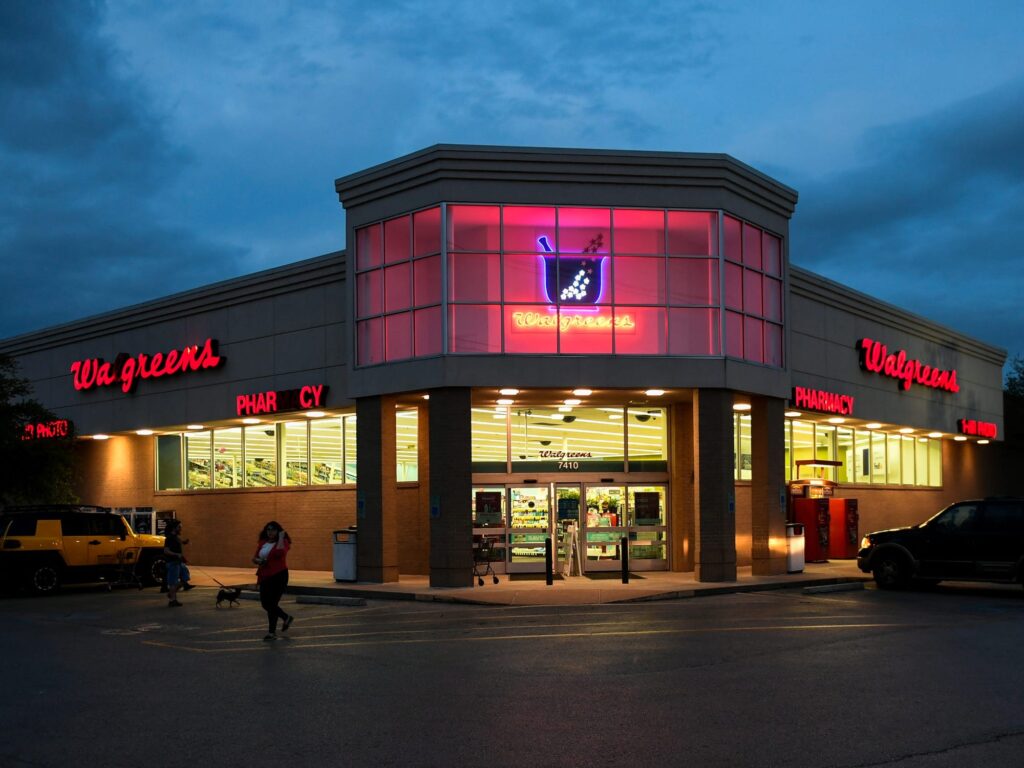 Tell us a little bit about you.
I got into the business in 1991, I went to work for a Chicago commercial real estate company, which has been since acquired, which is now JLL. I ran the industrial portfolio for the Midwest for AT&T. And as part of running that, I was responsible for the garages where the service vehicles go at the end of the night. So they were all freestanding facilities. I got introduced to this net lease world, which is single tenant, usually investment grade long term leases, and realized it was a marketplace. Since I’d handle these on a regular basis everyday, I realized there was a lot of activity, a lot of demand for it. It wasn’t an official sector. At that point, there weren’t conferences and REIT’s and everything else. They were just single tenant properties, but I realized there was a niche, and there were’t a lot of people filling that niche. So I decided just start my own boutique investment real estate brokerage company focused only on single tenant net lease properties. And that’s still where we are today, since 1997, solely focused on this niche of triple net properties.

What is the difference between N, NN and NNN leases?
In single net properties, which we typically don’t see in our sector, but certainly exists in the marketplace, usually the tenant pays rent and the property taxes and that’s it. It’s not the majority in the sector, but for single net it’s rent and property taxes. That’s it. For double net, which is the majority of the sector, double and triple net are equal, the tenant pays taxes, insurance, and some type of maintenance. For example, we have some freestanding property, let’s use Walgreens as an example, who used to be a double net, but now it’s a triple net lease, they converted a while back. When they were double net properties, the tenant was paying the taxes, the insurance and some maintenance. Walgreens carved out roof structure and parking lot as landlord responsibilities, which is pretty common for double net leases. And sometimes there’s maintenance obligation of the tenant, and then replacement is the landlord’s obligation. And sometimes the landlord has all those responsibilities, but on double net leases there’s some type of shared responsibility, or landlord responsibility for those issues. For true triple net leases, the tenant is paying for everything. They pay for maintenance, repairs, taxes, insurance, everything is paid by the tenant, so there’s very little to do, and you just pretty much own a property that just gives you a return without having to do any kind of management of the property. It’s completely passive.

Has anything changed in the single tenant retail space over the last year?

What are some value add techniques in the single tenant space from an investor’s perspective? What can people do if they see, let’s say a dark Walgreens for sale or any other technique that may come to mind?

What are some super important things that you think landlords should definitely negotiate in these kind of leases?
There’s 10’s of things you can talk to on lease negotiations. But really, you need to focus on two things, because ultimately, a lease is only as good as the credit and financials behind the tenant, and/or the individual’s success at this location. Even if it’s a large public company, you still need to know that this location is ok, so that you have a strong renewal probability, that’s what you’re trying to figure out. So what you really need is store sales reporting for this individual location, you really want to know that the rental sales is in line with the tenant average with the market average, and that this is a strong performing location that has a high renewal probability, because that’s the biggest risk of that leased property, will they renew at the end of the lease term. So knowing store sales takes a lot of risk out of it. A lot of lenders want them and a lot of buyers want them. So it’s really important to get to store sales.

Also for private tenants, franchisees, other people that aren’t public, you really need the tenants corporate financials, because even though this location may be doing well, or average, it’s still backed by whatever parent is ultimately the guarantee on the lease. So you need to understand the strength of that guarantor, a 25 unit franchisee, some have a great balance sheet, some not so good. So you really need to know where the corporate stands. If I had a choice between the two, I would want my individual store sales first, because even if it’s a bad franchisee, if this is their best location, they’ll close the other locations first, and yours will still be standing, even if the corporation isn’t doing well. Those are the two you should focus on.

If you get that particular store’s sales, do you also request the neighboring store sales as well, to compare?
You can’t get neighboring store sales, but what you can get is the unit average for whoever the operator is, and most of these things have known rent to sales, for quick service restaurants, you want to be under 8% rent to sales. And you really need to understand, based on your current rent, how profitable the tenant is at this location. That’s the number one thing for rent renewals, if there’s ever relief, or if you enter into a situation like COVID, where they come back to you and say, Our stores closed for six months because of COVID. People a lot of times came back and say, Okay, I’ll give you six months of free rent, or half rent, and in exchange, I want six months of extension at the end of the lease term, and I want you to start reporting store sales on an annual basis. So it’s a good swabbing mechanism, even for leases that you don’t have when there are tenants looking for concessions.

Can you share some horror stories that you’ve seen in these kind of negotiations.
I luckily don’t have a lot of horror stories. Lucky to some extent, because the majority of our clients are fairly sophisticated, and I’ve never encouraged people to go up there on the risk curve. To buy one to 10 unit franchisees are always very risky, they don’t have operations in place, they don’t have a CFO, they just don’t have some of the things that larger franchisees have, that you really need. Ten or 15 years ago, these things used to trade at 150 basis point discount to some of the better locations, but today it’s 25 to 50 because it’s a compressed cap rate environment. In a compressed cap rate environment, you need to go for larger franchisees, major metros, newer location, and pay a little bit extra for the higher quality, because you’re not getting the discount, between the highest and lowest quality is too tight, historically, today.

I am a lagger in terms of online purchasing, but I finally just made my first grocery purchase online. And it was amazing. I loved getting my groceries in my door and not having to carry anything anywhere. And I know this is going to be a slow trend, to potentially convert some retail into something else. But where do you see that may go in the future?
Clearly online has taken market share for the last 20 years and probably isn’t done at this point. It’s not a new concept at this point. A lot of it is already baked into the cake. And some of it was just accelerated through COVID where, online obviously had its heyday and more people converted to it quicker. But at the end of the day, it will take out a lot of second and third tier players and shift some floor plans to smaller as online takes a certain share of the marketplace.

Omni channel, which is a mix of online and brick and mortar, is clearly the way of the future. There may be less doors and there may be less square footage in the future. And that’s probably probable. But also what the pandemic has proved is that there’s a sector that likes to go shopping, there’s a sector that likes to see people together, they like the experience. And the downside or darkside of online is returns are really a hassle and expensive, because you to go to a UPS Store, now you’re back into a store and back online for your returns. So there’s not necessarily time and cost savings in regards to that. Online is going to keep gaining market share. But I think people will go online, and sometimes will go to the store. And more importantly, maybe you just go to the store for something on your way home to grab one or two or three items, but not a full grocery shopping. I think it’s a mix and match.

And I think that the retailers who are best positioned for this kind of new market are the freestanding ones and people who’ve adjusted their footprints. For net lease what’s good is that all these people are getting out of enclosed malls, and going to freestanding locations, whether it’s Lululemon, or the Apple stores, Sephora or The Gap, because people just want to, at this point, go to the store quickly on the way home, or quickly on the weekend, get what they’re looking for, and get out and move on to other things. They don’t want to spend the full day shopping. Tenants who are adjusting to that new market are going to do well and people that fail to adjust are probably not going to be around to some extent. There’s no question that online is here to stay, it’s still gaining market share at this point. The question is, what is the right mix of online and brick and mortar? And that’s the question everyone’s trying to figure out at this point.

Is there anything else that you think is important for our listeners to know?
The main thing at this point is that it’s a compressed cap rate environment with minimal supply. So you just need to be a little bit careful as to what you’re buying at this stage in the cycle, which is the higher quality, the major markets, the investment grade tenants, that’s where we are in the cycle. But the other stage of the cycle where cap rates spread out, and maybe interest rates go up, then maybe you want to go to secondary markets and secondary tenants, but that’s not the stage of the cycle that we’re at at the moment.

NNN leasesRandy Blanksteinretailsingle tenant
Previous PostWhat Will Office Space Look Like in the Near Future?Next PostHow to Get a Hard Money Loan & When Can These Loans Go Wrong