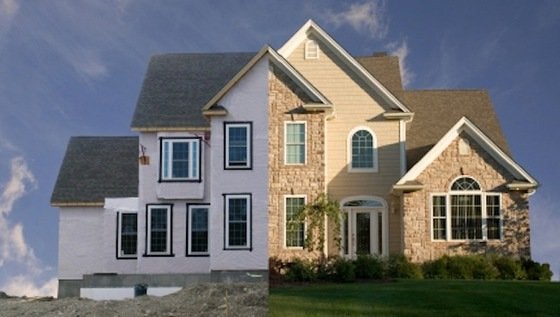 What is happening in the flipping world today? How do you prepare as a flipper when the rates are high? How to buy deals with future expectations being low? Elisa Covington, founder and CEO of Transform Real Estate Investments shares her insights.

Tell us a little bit about you.
I’m a house flipper and real estate developer in the San Francisco Bay area. I’ve been in business for a little over five years. I really love what I do and even though the market is not the best, I still really enjoy the process of transforming homes from fixer-uppers into the dream homes that buyers seek.

What is happening in the flipping world today?
It’s interesting that people perceive what’s happening in the housing market and the interest rate, that the market is tanking and nobody is buying homes anymore which I find not accurate based on my own experience. I’ve sold about nine homes this year, three homes at the beginning of the year when the market was really good and then the other six homes after the interest rate started increasing and the market declined.

My experience hasn’t been that terrible. The houses I flipped actually were able to sell on the market within a week or two. And, in most cases, the sale prices were at my expectation or even above my expectation. I have one home that’s been sitting on the market for maybe two months now. Most of my experience has been positive which is contrary to popular belief. There are still a lot of buyers out there and I think the Bay Area market may be a little unique, too, because there’s just not a lot of inventory, and even though the interest rates are high, buyers are taking a step back because of the limited inventory, but the supply and demand haven’t really shifted that much. Most agents that I work with, the top real estate agents in the Bay Area market, are still categorizing it as a sellers market.

But prices have gone down, a friend of mine purchased at the top of the market and now there are for better homes around that area for at least a 400k discount. How do you prepare for something like that as a flipper? With the high rates, you probably buy all cash or you’re getting a hard money lender. Do you diversify in moments like this?
We do see prices going down even though there are still a lot of buyers out there. The sales of my flips have been more or less where I was expecting because I adjusted my expectation down during this process from the time I purchased the home to the time the homes are ready for sale after the remodel, which is usually only about two to three months. When I first purchased the home, I already adjusted the resale value down, after the remodel, when I put the house back on the market for sale, and we were able to meet the expectations.

I do see that a lot of buyers, especially first-time homebuyers, if they bought the homes at the peak of the market back in the spring, the value of their homes probably has been reduced by 10 to 20%. We definitely have seen the decline in pricing and to prepare for this as a house flipper, I always know that there’s a risk with the market. The market is always changing, you can never time the market and you cannot say, I always buy when the market is low and sell when the market is higher because you never know what the market is going to do. The best thing you can do is to be conservative at all times. When it was the peak of the market, you don’t want to think that the market is going to keep going up, instead, you want to price in the risks into your analysis. I always talk about a  worst-case scenario. When I purchase a home, I always think if I can finish this flip in two to three months, what is the worst that can happen in the market, the market could decline by 10, 15%, or even 20%. And if I believe there could be a 20% decline, then I would budget that and I would use that 20% number as my profit, so I would have at least a 20% profit built into my analysis. If the worst-case scenario happens, I can still at least break even.

That’s what I’ve been doing in this market and it’s working pretty well so far because when you are building this risk into the analysis, your risk has been reduced by a lot. The worst case is that you are probably not going to make any money on a deal, which is okay because it happens and you have to be ready for that. Also, when you are doing the analysis, you want to be conservative with the after-repair value. Instead of using the sale price from the peak of the market back in the springtime, I actually use the sale price from maybe over a year ago from somewhere in early 2021 or mid-2021, before the market went on a crazy spike. When the remodel is done, and I put the house on the market for sale, because of that, instead of having a hard time selling the house at the price that I was expecting, we actually were able to get higher than what I expected because my expectation was already adjusted.

How are you able to buy deals with future expectations being low when it has been very competitive up until now?
In this market, selling is harder because buyers are taking a step back because of the higher interest rate and the fear of a recession. Because buyers are taking a step back, it’s actually really easy to get a good deal because there’s not as much competition as before, especially with my target acquisitions, which are homes that are fixer-uppers that are in very poor condition. In a normal market, some buyers may say, we can afford a remodeled home so we’re going to buy a home that’s in a poor condition for a little less. And the difference in prices between a remodeled home and a fixer-upper is not as significant in a hot market because there’s not much inventory and there’s a lot of competition. But when the market is as slow as it is now, buyers are focused on remodeled homes, nicer homes, the fixer-uppers get overlooked, they tend to sit on the market and sell for a much lower price than the homes that have been remodeled. The difference in prices between those two types of homes actually has become more significant.

In this market, it is easier to find good deals. That’s the beauty of house flipping, we’re on both sides of the market. We need to purchase a home to flip it, and then after the flip is done, we have to sell the home so we are both the buyer and the seller. When the market changes, if the market is hot, it’s going to make it super easy to sell, you’re going to sell for more than you are expecting and you will do fine but when the market is declining, it’s harder to sell, but it’s easier to find good deals, and you want to get the best deals so that even though it’s harder to sell, you can still make a good profit.

You need to flip very quickly because you’re buying and selling within whatever is happening in the market at that time. Is it safe to say that the people that lost everything in 2008 maybe flipped in cities that are very difficult to do things and get things approved, for example, San Francisco? And it would be a 9-month to an 18-month project?
2008 was very different, we’re nowhere close to what happened in ’08 and most economists are saying that what happened in ’08 is unlikely to repeat itself because that was a credit issue. The banks were giving out loans to unqualified people, there was a lot of bad credit, and that’s why the market had a big bubble and it had to burst. This is not what’s happening right now. What’s happening right now is the Fed is raising interest rates, buyers don’t have enough purchasing power to buy the homes as when the interest rate was lower and there’s a fear of a recession. What happened in ’08 was so dramatic that, I believe in San Francisco, it could be as much as a 50% change from the peak of the market to rock bottom. That’s not what we’re seeing today. From the peak of the market to now may be a 20% drop which is not nearly as bad.

Also, it’s been six months, in ‘08, it happened all of a sudden. It’s more difficult to prepare for something like that, if ours change, it may be 10% more in the next few months, it’s still a gradual change. If it changes slowly, you have more time to react, it’s less likely for you to lose everything. We had a little bit of a bubble as well, the market went up by about 15%. So, even though the market declined by 20%, it declined back to what it was early last year. When the market expanded so quickly, in such a short amount of time, it will have a little adjustment, so that people can still afford it. I don’t think we’re in the same type of scenario that we were in 2008.

And because of the credit issue, a lot of people were probably expanding too fast. If Investors are really expanding their business and they are flipping a lot of homes, or building at the same time. There are probably many different reasons that caused it and it was a lot worse than what’s happening right now.

Is there anything else that you think is important for our audience to know that we haven’t covered yet?
This is a market that you want to be very careful to either start a business in house flipping or to expand your business in house flipping because it’s a tricky market, it’s very risky. You want to be very careful with your numbers, which is the most important thing in the house-flipping business. If you are conservative enough with your ARV, you leave some buffer for your rehab costs, and then you budget in the worst-case scenario which I mentioned earlier, then it doesn’t have to be as risky as you may think.

commercial real estateCREcreidiversifyElisa CovingtonElisa Zheng Covingtonflippinghouse flipping
Previous PostSetting Goals for the New Year, How to Organize Your Day and When to Hire a Full Time VANext PostHow to Find, Buy & Develop a Retail Property