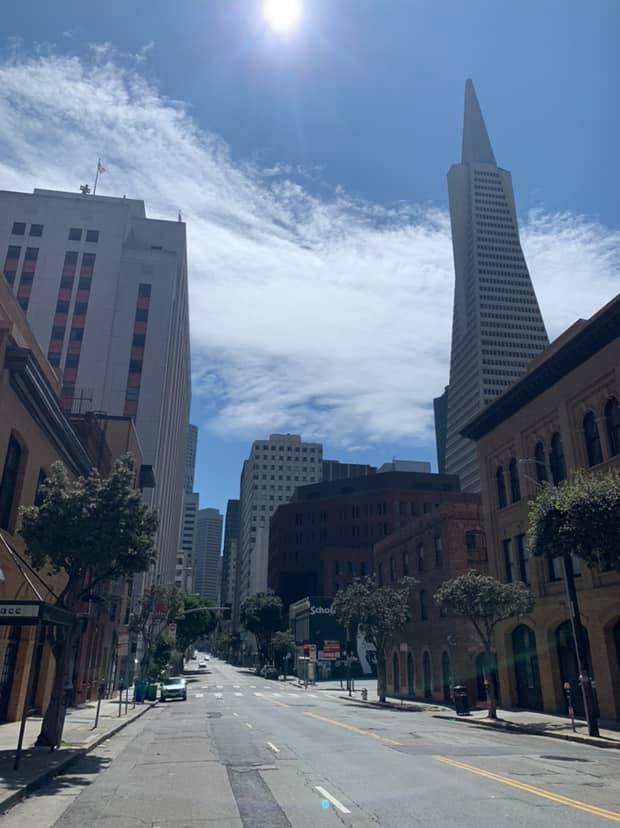 We are interviewing John Pascal, Managing Director of Paramount Capital Advisors (PCA). Before joining Paramount, John served as Principal of JMB Financial Advisors where he originated over $1 billion of capital. John also served as SVP and CIO of Brookdale Living Community, a company that provides senior housing nationwide. He also has experience with the acquisition of multi-family, industrial, retail and office properties on behalf of institutional clients. At Paramount they source both debt and equity for real estate sponsors on a national basis and get involved with all different types of debt and equity, from JV equity, to sponsorship equity, to preferred equity, across the capital stack. In terms of debt, they source bank debt, from debt funds, as well as CMBS.

As of today, and we know that things can change tomorrow for the better or worse, what is happening in the lending world?
In a nutshell, it’s ugly. In general, from the bank’s perspective as it relates to some of the real estate types that are more sensitive to economic issues such as hotels, and retail to a lesser extent, they’re basically pressing the pause button. With respect to hotels, what you’re seeing is a lot of hotels are closing. Last week, hotels were maybe doing a little bit of revenue, and now they’ve basically closed. So you have a really unique situation where lenders really just don’t know how to evaluate new opportunities. Because the big question is, how quickly will come out of this, and what the environment will look like, over the next 3 to 12 months, as it relates to the hospitality. As it relates to retail, you have a situation where restaurants and larger retailers, who had issues, or some credit issues before, what are they going to look like over the next year? If you’re a grocery retail center, you certainly have a higher likelihood of getting financing because obviously grocers are one of the businesses that are really flourishing in this environment.

It’s really hit or miss in terms of product type, in terms of product, in terms of what could get financed today. Industrial, I think is still attractive. Even actually residential multifamily is being impacted because a lot of people are now unemployed. So there’s an issue about the ability to pay rent. I’ve heard multifamily lenders, the agencies, Fannie, Freddie, they’re taking a pause and really looking hard at the economic situation prior to putting money out today, or new money out today. The banks in general, agencies in general are really being cautious and basically, not lending in a lot of situations. As relates to debt funds, what you’re seeing is they’re pressing the pause button. Some of it is because their cost of capital, or their source of capital, their source of debt has dried up. And so they in some cases can’t put more money out, because their lenders have basically shut down.

With respect to CMBS, you have actually some shops that have closed and others that are still in business but aren’t able to price new debt today because they’re just not sure of their cost of capital. So effectively, even the CMBS market is shut down. The state of lending today is in flux. The government is working on providing significant liquidity into the market so that the capital markets still function properly. There’s still sufficient liquidity So I think it’ll address some of the concerns. I know the government is looking to, as it relates specifically to hospitality as well as other small businesses, provide liquidity through the SBA program. They have some relief programs in place already. And they’re contemplating through new legislation which will hopefully pass in the next day or two, increasing the lending limit on SBA 7(a) financing, as well as the amount of guarantees that the government will provide, that the SBA will provide to induce lenders to lend. So I’m assuming you’re gonna see a lot more of that, the capital markets are key to the economy growing and you are seeing the government doing whatever it takes to make sure that those markets are still functioning. That’s in a nutshell.

In terms of creative solutions, if people find deals at this point in time, what are some creative lending solutions that you might recommend people looking for, or negotiating?
Depending on the product type, I’d say, hotel is very difficult. If you’re buying a hotel or refinancing a hotel, I think the best option is through an SBA program, probably 7(a) because banks can securitize a good portion of the loan and get it off their balance sheet. As it relates to other product types, there are dead funds out there that are lending today. They’re being obviously more thoughtful about what they’ll lend on and looking for existing cash flow a good sponsorship, etc. But those debt funds will tend to be a little bit more expensive, maybe in the 7-10% range, non recourse. So those options are still available, those are typically floating rate. So there are lenders out there that are still lending, looking to take advantage of the lack of conventional capital market today.

What are your thoughts on what you think will happen in the next six months to a year?
I think that the economy will bounce back. It’s just a question of time, for how long it takes to get back there. I think you’re going to see V shaped recovery and I think it may take three to six months to get there. And I’m not suggesting it’s going to be a full recovery. But I think you’re going to see businesses ramp back up fairly quickly. I think there certainly is going to be casualties. And I think there’s certainly going to be caution on the part of businesses, small businesses, etc, to ramp back up. But I do think you’ll see a pretty significant recovery. The government is going to keep rates low for a while, and that’s certainly going to fuel the stock market, it’s going to fuel lending, etc. I think you’re going to see a lot of capital, a lot of debt come into the market. The source of that debt may move around a little bit in that, it may not necessarily be CMBS debt or securitized debt. It may come from other sources, but I think there’s going be liquidity in the market in the government’s going to do whatever it takes to get there, but I think it’s going to take three and maybe six months to get back to some normalcy.

I do a lot of hotel lending, obviously hotels are a lot more sensitive to the state of the economy than other product types. I think the thought process within the hospitality industry, is you’re seeing hotels closing. You’re going to see some hotels that closed permanently. A lot of hoteliers have lost a lot of money. And you’re going to see a lot of defaults on loans. Although the government and the Federal Reserve is encouraging banks to have flexibility with borrowers and maybe forego principal payment, and maybe interest payments as well over the short term. I think you’re going to see banks working with existing borrowers, but I think you’re going to see a lot of distress, which could create opportunity down the road for groups that have capital and have cash to be able to transact. So you’re going to certainly see your share of casualties, especially within the hospitality industry. The hospitality industry was flying high for a few years and with increasing growth. I don’t think we’re going to get back up there anytime soon. I think that’s going to take a while to come back. But I think because you’re going to see some closures in hospitality, and maybe some of the weaker, capitalized deals or weaker capitalized owners. In essence, I think it’s going help strengthen the hotel industry down the road. You’re certainly going to see less new construction, which should help real estate in general over the next couple of years, certainly the hotel industry, with any calamity, there’s opportunities. We shall see.

Besides hotels potentially being shut down and others having opportunities to buy them at a steep discount, do you foresee other asset classes going through that same path? Let’s say besides hotel and retail?
If you go across the board, what’s happened certainly as a trickle down effect in every product type. I think industrial is the strongest of the real estate categories today, and I don’t think it’s going to be as deeply affected.
Multifamily, obviously is going to be affected, but I don’t think you’re going to see a significant impact as employers start to hire back workers. There was a shortage of workers before this all happened, and maybe we get to a little bit higher unemployment rate. But I’ve heard that people are predicting a 20% unemployment rate. I hope that’s not the case. I don’t think that’s going to be the case, but I don’t think in multifamily you’re going to see that it necessarily distressed.
Senior housing, I don’t feel like you’re going to see that level of distress, although when you look at the various categories in senior housing, independent living is less need driven than assisted living or nursing care. So independent living is a little bit more susceptible to economic downturns than the other subcategories of senior housing.
Self storage, maybe there’ll be some impact there. I’m not sure if as significant as hotels.
Retail, we talked about.
Student housing, I still think you’re going to see strong demand is as kids come back to college next year, although it’s going to be a little bit slower lease up, but because of the fundamentals, I think over the next couple of years that industry will stabilize.
I think the biggest impact obviously is the hotel industry.

I spoke with a lender at a small local bank today. And he said that the small banks right now don’t know if they will be taken care of or not. And they’re lending their customer’s deposits. And now that the Fed told the banks that they don’t need to have enough reserves like they needed before, if they start lending on 100% of the deposits, do you think this could be impactful to us depositors that have money in the bank?
No, as it is now, the government guarantees a threshold of $250,000 of deposits for each individual. I think they’re going to do what it takes to continue to backstop that money. If you look at what happened in the downturn, and what the Federal Reserve, what the government was willing to do, I think that’s probably a good guide. Although there’s certainly some banks back then that folded or closed. I think in general, the government provided significant liquidity to protect depositors money. I am hopeful that that’s going to continue to be the case in this situation. I don’t feel like it’s going to impact the typical depositor.

Is there anything else that you think is important that our audience should know during these times?
This too shall pass. I think that there’s a lot of hardship out there and I’ve been certainly feeling that pain too. I think we as a country, as an economy, will bounce back. And we’re a strong country and we’ve overcome a lot of issues in the past and we’ll overcome this as well.