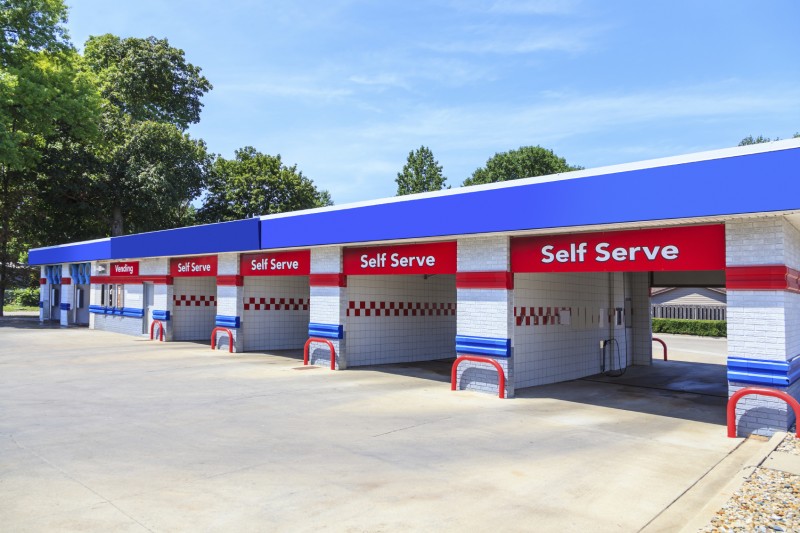 Everybody is going through something in their real estate journey. Someone recently said that no deal is an easy deal, every deal has a problem. And enterpreneurship is quite a journey, it’s a 24/7 job. And that is the reason why we get more upside at the end of the day. Now, real estate is not literally 24/7, unless you really choose to, but it still has its ups and downs. I will be giving you a raw overview of the car washes because the more I share about the difficult times, the more people have reached out saying, Thank you, I really appreciate that, now I know that I’m not the only one going through XYZ in my deal. And it’s that vulnerability side that Brene Brown says we have to share because that’s how we connect with people. But it’s not natural to share, especially for me. So I’m just taking a leap of faith and sharing anyway, even though I don’t want to!

2. This also includes the credit card that we installed on all locations. I think we spent 60 or 70k. Yes, it was an absurd, we got screwed by this particular vendor. This includes that as a “downpayment” because it was out of pocket.

We had a 55% cash on cash on our entire first year, our first full 12 months. Amazing, right? Well, after that, I decided I do not want to do car washes anymore. Why? Because it took my entire year, I was not able to learn how to manage it, or how to have a system in place for it to be somewhat a passive investment. I am not local, and that added to the issues. And that is not where the issues ended. Previously, I shared that the roof caved within the first two weeks of purchase, then my best employee quit without notice. Then we hired somebody that ended up being a terrible choice. Then the pipes froze over the winter and a few things burst, and we had to close it for a couple of weeks. There were thefts from people trying to break in and get $3 worth of coins and the damage was $600 to fix the box. If these robbers were to work as hard on a job they would be so successful because they spend so much time trying to break into something so difficult in order to get three or five bucks. It’s unbelievable. If they were only putting that much effort into a job, they would be incredibly successful. We also had the bad credit card vendor, oher homeless people cut all of the hoses one day, the contractor to rebuild the roof was very slow.

And now the latest thing this year, I realized that we were actually getting significantly robbed, 1000s and 1000s of dollars have been missing since April. First, it is probably an internal job, we’re finishing the investigations on that. Secondly, let me share what the current cash on cash is. Here I’ll be doubling from January through July so you know what the difference is. With all of that theft, the existing cash and cash went from last year 55% to, at this moment in time, 30%. It’s still great. But the robbery is bringing down the NOI. And now that I decided to sell this, we cannot sell for the real cap rate that the property would have sold if we actually had the income. It’s fascinating how so many things have a trickle down effect out of this one robbery that has been happening since April.

Now my hands are tied, I’m trying to get rid of these car washes, the NOI is going to be significantly different than all the previous years, but I cannot sell for that number. And what I realized through these sleepless nights, wondering what I should do now I came up with some ideas, the number one option is to remove all cash acceptance. However, I learned that there are some cities that people do not have credit or debit cards. And there are some areas within the city that they literally do not have credit or debit cards, so I cannot do that. Still, I decided to do that in one location that is the most affluent area of all three locations. We completely took out all the ability for people to pay with cash. Now we have one problem solved out of one location. What about the other two? One of them, I’m going to be converting to self storage. And the other one, I will hopefully sell to someone separately as a completely separate deal.

Now I want to explain what went through my head. Because number one, I cannot sell as a carwash anymore, because the income is not matching, and at the same time, I decided to exit these properties as soon as humanly possible because I do not want to figure out carwashes, I decided to do 100% self storage investments. What is the first thing that I thought I could do to exit all of these car washes?

For the the  carwash that will be converted to self storage, I have the GC giving me quotes for everything at the moment. For the other two in the meantime, what I decided to do is to partner up with somebody local, whom I trust, he is a vendor that has been great up until now with everything. I’ll give him a percentage of the NOI and he will take care of everything. We’re going to have weekly calls to make sure that nothing falls through the cracks. The idea is for us to bring the NOI back to normal, make some improvements, even increase the NOI from last year, and then sell the very last carwash, if that will be the only one remaining.

And that is how I came up with all of these ideas on sleepless nights dealing with this situation. So sleepless nights are not that bad! Of course, I also spoke with people that are in the industry, that have been through these things. I also found a carwash consultant that could go to the car washes and spend a few days there talking to people, talking to the employees, figuring out what is happening, figuring out the competition, and he would come up with a report of everything that would have to be done. That is definitely above the budget, especially after the theft. I decided not to do that right now. I’m going to fix all of these things with a partner on site that I trust and is also very good at managing things and fixing things as they come along. This has been the journey on the carwash so far.

Finally, I want to go back to the 55% cash on cash and the 30% cash on cash this year after the theft, because I know that this is what some people out there want. I personally decided that car washes are 1,000% not for me, the hair on the back of my neck goes up even searching for a carwash to wash my own car. It’s not for me because of the time, and because I decided that it’s not going to be my primary asset class, self storage is it for me. However, for the people that love this cash on cash, for the people who want to make the time, for the people who want to figure out how to manage a carwash remotely, how to hire and have the best employees on site, how to order all the parts every single day that you need, and how to make sure that employees follow all of the steps, etc. This could be an asset class for you. I genuinely think that it’s potentially the next self storage.

Right now, the cap rates are pretty high for car washes, you can get a great deal. You can also negotiate on the price because they do take longer to sell because nobody wants them. I’m joking, maybe they do. That means that you can negotiate a better price, and you’re already coming in at a high cap rate. Also, there are a ton of mom and pop that own them, and they have not implemented credit card acceptance, and many other things. Another thing that a friend of mine reminded me of is that these carwashes come with a big piece of land, a lot of them are in great locations. Remember that as well for the people who want to develop deals, and they want a great location, but you don’t want to pay a ton for it, you might want to look for car washes.

If you want something more on the passive side, carwashes is 100% not for you. I hope this helped you understand that things happen, and we just have to deal with them. It’s not just with me, it’s everybody. I know incredibly successful people that are still until this day going through bad partnerships and anything in between. So you are not alone. And I’m telling this to myself too, I am not alone.