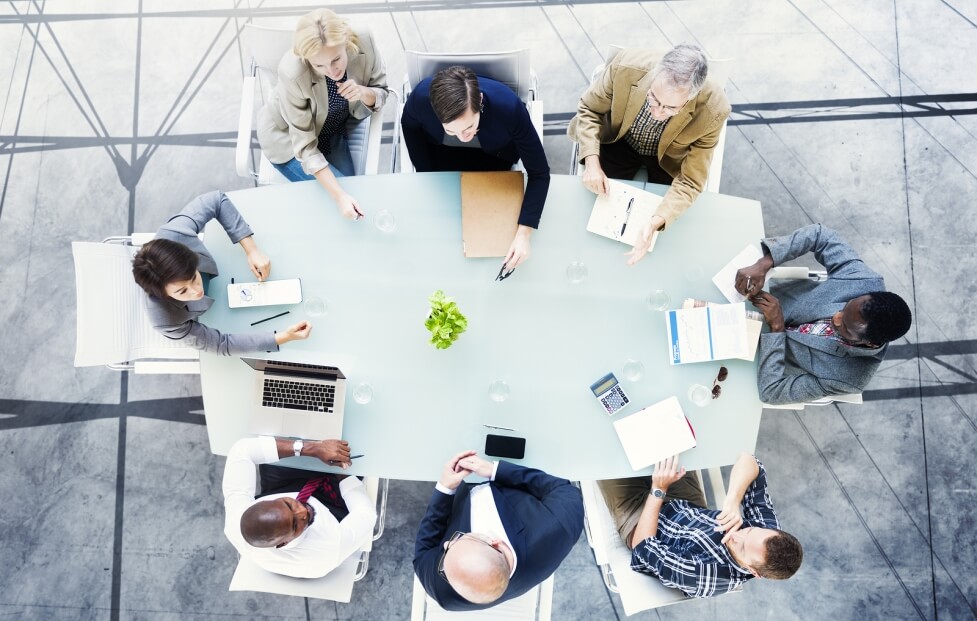 This is a transcript of our second mastermind call with a group of experienced investors to understand where each investor is and how they are dealing with the Covid-19 lockdown and its consequences. We had nearly 200 years of real estate investing experience in the call.

Silicon Valley
I started the call with my own updates from Silicon Valley, an incredible area to invest in certain asset classes since we have a very finite piece of land. As far as the office space, many of you may have heard that companies are exploring work from home entirely. Three friends of mine that are founders said that they were looking at renting offices prior to the pandemic, and now they’ve decided to work from home permanently because it’s working out pretty well.

Several layoffs are happening such as Uber laying off 20%, Lyft laying off 17%, Airbnb 25%, among others.

Facebook, Google are giving employees the opportunity to work from home for the remainder of the year if they choose so. Twitter announced that if people want to work from home permanently, they can do that. Other companies have calculated that they can save 20% on real estate. They’re seriously considering making this move.

As far as people that live in San Francisco, people that are living in apartments are giving up their places to live in a better place, with a backyard and more space. People that have second homes are going to these homes because they don’t want to stay in apartments. The ones that are in leases are asking for discounts, a person I know was paying $3,500 in rent and got a $1,000 discount, almost 30%.

One of my friends owns 8 retail locations in a particular district here in San Francisco, in April two of them paid rent. His banks are not willing to work with him, they say that this is his responsibility.

Deals are already happening, I spoke with a friend and he was looking at a couple of properties priced around $4.25M, and both of them already had price decreases of $1M, or 22%.

Passive Investor (since 2002)
This guest invests in stabilized assets. He said that it takes time for prices to come down, and from his experience, it can take 1-2 yrs for things to hit bottom. He has been sitting on the sidelines until prices drop since late 2016 across all asset classes. He pushed his operators to sell in 17, 18, 19. He thinks that rents will be down, vacancies will go up and cap rates will go up. On the sidelines and looking forward to opportunities. He is skeptical at looking for things this year, unless it’s very unique.

He will be waiting for vacancy levels, market rents, and market prices and will see if cap rates will adjust. Even if the cap rate is better, we don’t know what the NOI will be in one or two years, it may be lower then.

He has been hearing that syndicators are getting about 1/3 of the normal responses for deals, another syndicator dropped his minimum investment for the first time ever.

He will be on the sidelines regardless of what’s happening to the economy in the short term, but more because the election that is coming up, and how this may have an impact in real estate.

Medical and Multi-Family Investor
Still patiently waiting to see what will happen. He hasn’t seen rent collections numbers drop yet, he thinks that we might see rent collections drop in the next few months. He also wants to see the numbers behind any property price decrease, because it doesn’t matter if a property price dropped by 25% or not if the income cannot support the new price.

He also thinks that the political risk is potentially high, it has become more popular to push for rent control in other states, but he thinks that other states might follow OR and CA states and he is taking that into consideration as well. He wants to see the net effects coming out of the shutdown since there’s no clear plan yet. He thinks that only when a vaccine is found most people will be comfortable going back to restaurants and the like.

Mixed Use, Construction, Senior Housing, Multi-family, Short Term Rental Investor
Even though businesses are starting to reopen, that doesn’t mean that we have conquered Covid-19, he is however encouraged by the potential treatments that are coming out.

From the capital perspective, for new construction loans, out of the 15 insurance companies that lend in the real estate space, 13 have stopped altogether. The largest one laid off the entire loan origination staff. They don’t plan to get back to loan originations for a while. Some of the life insurance companies stopped writing life insurance policies period. Capital for construction is almost non-existent unless it’s with HUD. If you go with a bridge lender it’s expensive: Libor + 9 + floor on Libor rate, which is what was happening in 2008/2009.

There is not a lot of appetite for new deals unless they’re deeply distressed, despite having money on the sidelines, it will take time for deals to start to emerge. People that are trying to do deals now look desperate and lacking in perspective of where the market is really heading. He would be patient.

From a collections standpoint they’re in the 90’s for the Multi-family portfolio, the short term vacation portfolio was sitting at 5% occupancy. Since the cities started to loosen things up, they had lots of reservations on their short term rentals. They have 6 months of reserves for this portfolio and it looks like that will be plenty because most people are desperate to get away, and to some place that is driving distance from where they live, he thinks those places will do very well this year. Some realtors said that in cottage country, the inventory for cottage properties is at an all time low. People looking to buy that type of property cannot find them. The other thing that he is seeing is that the sales from boats and RV’s are going through the roof, that’s what people are planning for their summer vacations.

Assisted living is in a world of hurt, people will have long memory of the outbreak of infections, specially in big box facilities. In smaller residential homes, they’ve had zero outbreaks, he thinks that the 12-16 beds per home segment will do very well.

Construction is going ok, there has been less construction activity, labor is available, but there’s material shortages, 90% of doorknobs come from China so sourcing those are difficult. They put a couple of projects on hold, they don’t have debt on the projects. They will be ready for opportunities whether they’re notes or distressed assets.

Diversified Portfolio Investor
Their multi-family properties are performing well (B-class), in April and May they performed better than anticipated. Some of the people that lost their jobs have higher income now with unemployment.

Medical office: they reached out to tenants and offered rent relief proactively, about 50% of tenants took them up on it. Their properties are in areas that are now reopening, they will reach out to the tenants in June and find out what is happening and if they need any further assistance.

Construction: office to multi-family conversion, they might see some benefits because trade pricing may be coming down, materials pricing may come down. He doesn’t expect multi-family prices in Santa Barbara to decrease the same way that multi-family in Houston may decrease. Many different nuisances in different markets. Can’t generalize.

Multi-family Investor and Broker
The 2 deals that he was working on during the pandemic actually ended up closing, despite the fact that banks asked for more reserves. The sellers also gave more concessions, about 8% concession on the price, the seller also put up escrow money and provided insurance on the income over the next 6 mos.

Brokerage: he never had a zero pipeline on his brokerage business since 2014. Now he has no pipeline. There’s only one deal on the market, and they’re still asking pre-Covid prices, so he doesn’t think it will sell. He thinks it will be a while before they can do deals again, lenders won’t change extra reserve requirements anytime soon, and when you need to put an extra year of principal, interest, property tax and insurance, sometimes that’s 30% of your raise that isn’t earning anything, and you’re diluting all investors – how do you make any sense of that, unless you have a very steep discount on the prices? Sellers still think they can get old prices, buyers are expecting discounts, so this gap will take a while to fill. Listing brokers are not busy at all, he feels like it will stay like this for a while.

Bridge lenders disappeared, agencies have massive escrow requirements, Freddie requires 18 months of escrow for loans $6M and under, and 12 months of escrow for loans above $6M. Even is we recover in 3 months, there’s an election coming up and there will still be a slowdown on deals because people want to know how interest rates will play out. For one of the deals he was working on, Fannie Mae initially gave them a 12 yr loan  at 3.5-3.7% at the beginning, in March it ended up at 4.5%, the buyers said they’d walk away, and Fannie came back and ended up closing at 3.2%. He isn’t expecting any deals to be done until next year.

His own multi–family properties: the manager for one of the properties leased 13 new leases at full price. They had record collections in April for 2 out of the 4 properties. The news and what is happening is very different since his properties are doing very well.

Multi-family construction: mezzanine loans are all gone, lots of projects that were supposed to start in Q3, Q4 are not happening, this will be really good for multi-family because of the demand since new construction is on hold. From operations standpoint he is continuing to upgrade properties because he is still collecting rents.

Commercial and Residential Developer
He burned through in 2017, 2018 and 2019 and was all cash. He was about to roll out four $30M hotel projects, he would be opening 4 hotels in a couple of months. He was ready to break ground last year but the construction costs were through the roof and he put it on pause. He shifted gears completely.

He thinks there will be opportunities in CMBS, there are projections of $200M in default in the next couple of years. He thinks that office repurposing opportunities will be huge, and that is already happening, on the markets near him. He sees lots of big offices being turned into multi-family, and the same is happening for hotels. He stepped out of residential space during the hotel phase, he was getting ready to deploy 300-400M of hotels and he is now reworking the entire plan and looking at residential.

He won’t mess with large construction for a while, the housing market is doing really well, there’s not enough labor to deliver residential units, he might pivot back to the residential model and start working on subdivision/mixed use and targeting shopping malls that are getting redeveloped. Several big shopping malls in his market were already in default before Covid and were missing payments, those will be demolished and redeveloped into mixed use.

As of now he is a wait and see. He might play with small subdivisions that are already entitled and don’t require a lot of money. As far as bigger projects he thinks that we will have a lot of opportunities in 18-24 months. Medical is probably going to do well because people still need to go to the doctor. He thinks that if we go into a depression, self storage will probably lose 40-50% of their customers because people will probably have to start selling things. He concluded by saying that most real estate is very local so it’s hard to give a blanket statement.

coronaviruscovid-19mastermindmixed usemulti-familyofficerecessionretailself storage
Previous PostWhat are DST’s? Can I 1031 Exchange Out of a DST?Next PostWhy This Downturn Could be Worse Than 2008: Russell Gray explains