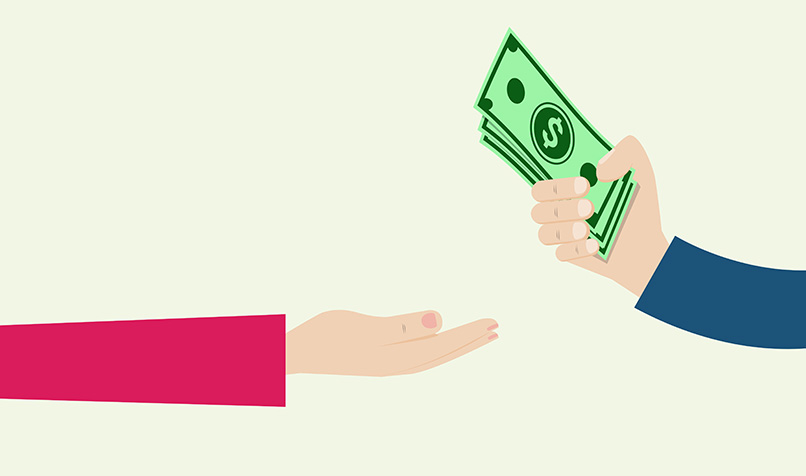 Hard money lending can be a great way to accomplish some projects, but what makes a good hard money lender? How can these loans go wrong?

What do lenders look for in a borrower when lending them hard money?
It’s mostly the business plan, because we’re hard money lenders. So it’s mostly about the asset itself, how do you plan to either add value and sell, or add value and refi, what your plan is. We have two products, one is the bridge product where it’s a shorter term loan. And then there’s a long term rental product.

We look for different things, for the shorter term ones, we just want to make sure that you have an exit strategy. And if it’s a flip, we want to know what the as is value is, because that’s what we’re basing our loan on. And then we can add a construction loan on top. So what is your scope of work, who you’re working with, do you need to get permits, how long does it take to get permits, whether you’ve had experience with this type of project, because it’s important for us that you succeed, and then also the after repair value. So if you’re selling it, we’d like to see that borrowers have an idea of what properties are going for, and that the same sort of condition or square footage you have is similar as possible to the the subject property for comps. And experience matters a lot.

People like to put together a business plan sometimes because, as an investor, you’re managing the different moving parts. And as long as there’s a plan in place, and the property values are there, and ideally, there’s experienced, but not always, we’d love to work with you.

You guys have been super flexible, at least with us, 20% down for hard money lending, short term flipping. And if you know the project takes longer, you said we can just extend it for a little bit longer. Do you just lend in areas that you’re familiar with? Or in other areas as well?
We lend in 25 states, our most active state is California. New York is our second most active state. We do a lot of business in the Bay Area, we do do know it pretty well. We can lend in different markets, there are places I’ve lent to that I’ve never visited in my life. We use third party reports and we’ll do internal reviews of those with our credit team. They do that remotely and we don’t need to actually go to the physical property. That’s how we’re able to lend in different markets.

And as far as the extensions, that’s actually a good point because you want to know what your exit strategy is. And you want to know what’s going to happen if somehow, after 12 months, which is the usual hard money term, the bridge loan term, that you have an exit strategy, whether you’re selling or refinancing. And as we know refinances can take a long time sometimes. Asking your lender if they can give you six more months to say 18 months instead of 12 months, they might just say yes, especially hard money lenders who are very flexible, and then writing an extension option so that you can know the extension fees upfront and not at the 11th hour, when you’re trying to get refinances or trying to sell your property, just so you have peace of mind, as you’re closing the first loan.

What types of properties do you lend for?
We’re mostly lending on single family, and multifamily properties. We don’t have a max number of units for multifamily, but ideally, it’s under $10 million. We also add construction. People do either cosmetic construction, structural, some of them like to add ADU’s as well. And then people can also convert properties into different property types that they might want to add a unit if they can, or convert that use. That’s not as typical, but we can help with that as well. And we also lend on properties where they’re just looking for bridge construction. They’re buying a property, and they need to wait for permits and then get a bank loan. We also lend to mixed use with residential components, and some commercial, and sometimes land, but that’s mostly on exception, and then ground up construction would be an exception as well.

When can these types of loans go wrong?
We’ve seen delays a lot of the times, especially if you’re in the Bay Area. San Francisco can take a long time to get permits. We’ve seen borrowers that thought it would take under 12 months for sure. And then they had to extend the loan. They didn’t know the permits were going to take so long. Project delays. And then, this happens not as frequently because we do that after repair value, but sometimes if people are overly optimistic about after repair value, and they don’t sell it at that price, then they might lose money on their investment, because they were expecting a return, but they don’t get it because they couldn’t sell it at that price, or it takes too long to sell.

Mostly it’s either the As Is value comes back low which we, as a lender, we say it’s always, you know, 80% or X percent of the purchase price or that percentage of the As Is value. Sometimes the property value comes back low, and then the investor at that point will need to decide, even if the appraisal comes back low, Do I still want to move forward on it? And sometimes they don’t, and they find another property. I think that’s good to catch ahead of time, whether they find issues with the properties before the loan closes, and we’re doing our due diligence as well. We’ve caught some things that unfortunately, the deals didn’t go through. They also didn’t have to go through with the project, which they might have lost money on as well.

And in a market like this, they lose the deposit. But that might be a lot cheaper than losing more later on. Are there any other stories that come to mind that people should be mindful of when they’re doing these kinds of loans?
This type of product is not super mainstream. So there are people that found out about us that say, Oh, I wish I knew of you guys before. One of my favorite stories is this lady in New Jersey, and she had a lot of properties with a lot of equity. And they were rental properties, but they were in disrepair and had code violations, she didn’t know how to manage the properties. I think she got taken advantage of by her property manager. And because her husband passed away, she didn’t know how to take care of these properties, because he took care of them. We got a call from her neighbor, he was a mortgage broker, and he wanted to help her, her credit score was super low, we typically like high credit scores, but because she had some much equity and her neighbor had such a good business plan, we did lend to them. And she ended up turning the properties around, and she didn’t lose them to a bank. So that I think that’s the type of thing that could happen, and because we are flexible, I think it’s really awesome.

Sometimes banks pass on because the condition, the properties are not good, but we can lend on them if they’re great opportunities, and because we’re flexible, we can do these types of things for clients. And seeing so many success stories of people who are either flipping or buying rental properties, like one of my clients in Georgia, he got a bridge loan for his multifamily property, and he was able to sell at a profit. Another property had massive appreciation over a couple of years. Just seeing their success stories, some of them used us as their first lender, and then we’ve seen them get more and more experienced and become top tier investors in the space. Just seeing their growth has been really rewarding.

Another thing that I love about your loan is that the payments are interest only, which is so helpful when you’re flipping a property, and that there’s no prepayment penalty. Is there anything else that people should know that you guys offer, besides what I know?
Most of our bridge loans are without prepayment penalty. But if you know that your project is going to take a while either through getting permits, or the construction is going to take a while, you can actually see if you can get a lower rate, if you can write in a minimum interest period, because that’s worth value to the lender. So if you know if your property is going to definitely take above three months, because you need to fix it up, you need to get permits before that, and put on the market. You could ask your lender, if there a discount if I write in three months minimum interest? And they might say yes, because that’s valuable to them.

How about new investors that have never done anything like that? How could they go about getting this kind of loan?
We can still work with them, we love working with them, as long as they have a business plan, they’re putting their own money into the downpayment, skin in the game, and the property values are there, we can lend to them. Typically, we do vet new investors a little bit more, because especially if we haven’t worked with them, because we want to make sure that it’s their first project and that we want them to be successful. We do a borrower interview, if they’re getting a rehab loan, or a renovation loan, and we even look at their scope of work to see if it’s reasonable.

One new investor that we worked with submitted the scope of work from her contractor, but it made no sense to our construction team. And we actually had to decline the project. Unfortunately, she ended up doing the project with a different lender and she later wrote an email to the real estate community to never work with this contractor. I think it’s really important to know that the lender is trying to help you, we’re not just trying to be ultra conservative for no reason. Especially for new investors. We do vet their scope of work, we vet their assets and after repair value, and that’s for the good of everybody.