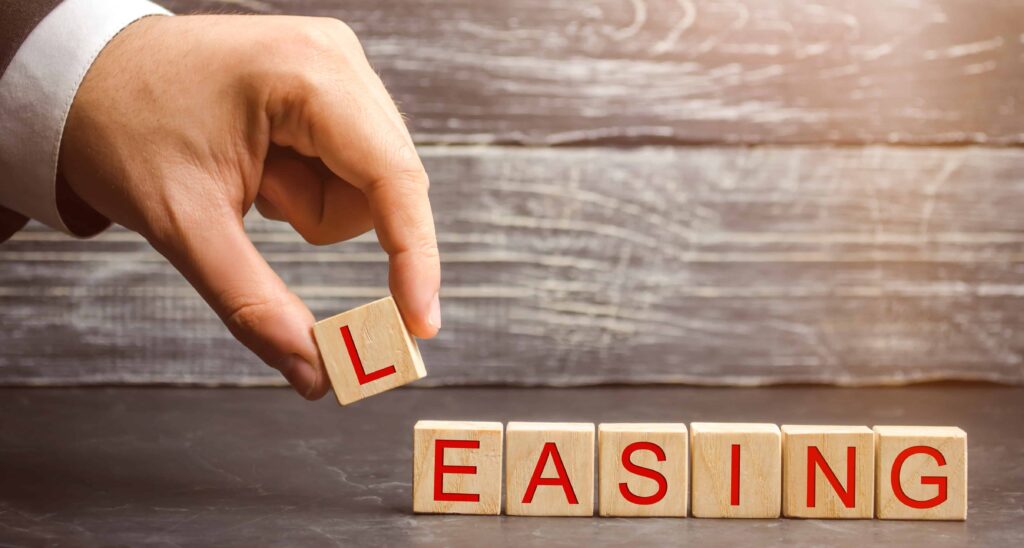 What are NNN leases, what are the benefits, and what’s the best way to find national tenants? Adam Carswell answers all of those questions, he has been working on NNN leases for over five years and shares his insights.

Tell us a little bit about you.
I’m originally from the Cleveland, Ohio, I went to university in Westminster College, where I played basketball and ran track and field. I discovered at a young age that I really had a passion for coaching, basketball in particular, and I pursued that dream. Long story short, I ended up coaching and playing semi professionally as well. Basketball has played a huge role in my life, it helped me start seeing the world. We had some massive wins and successes, but then I decided I just didn’t want to do that anymore. I wanted to get in with a fortune 500 company and work my way up the corporate ladder.

After a couple years of doing that in the Washington DC, I quickly realized that there’s actually a ceiling and even the people that are way up ahead of me and making decent money are still working 80 hour weeks. So I quickly decided that I either had to get into tech or real estate. I picked real estate after reading Rich Dad Poor Dad twice, and I just kept going that direction. I became a realtor with Remax for a couple years and then along the way stumbled upon a pretty well known guy in our space, the ultimate gangster when it comes to raising capital, Hunter Thompson. Thankfully, Hunter brought me under his wing. I now manage our entire educational branch over at Asym Capital. I was also introduced to Michael flight through Hunter and what I’ve learned from Michael’s leadership and mentorship is the information that we’re going to dive into today.

What are Net leases?
Net lease or NNN lease to put it simply, there’s no toilets, no taxes, and no termites. I find it really interesting how this particular asset class gets overlooked in the commercial real estate investment space. I think it’s for a few reasons, one, there really isn’t just a lot of information out there on it. And then a lot of these assets are probably a little bit lower on the cap rate side of things, if you’re looking for major value add projects, where you come in and make a ton on renovating the asset, then it might not be your cup of tea, but from a cash flow and stability perspective, I don’t know if there are many other commercial real estate assets that exist that are as dependable as NNN leases. Some examples are Walgreens, CVS, McDonald’s, Starbucks, Advanced Autoparts, Chick-fil-A, and most national brands, typically called national tenants. So you have the amazing credit backing with a lot of these tenants and wondering whether or not someone’s going to pay you on a monthly basis normally is not a concern. This is another reason why, especially if you’re looking for stability and cash flow, you want to check in the mail every month from Wendy’s, that’s it.

I think that we’re going to see the NNN lease space actually begin to evolve and get bigger and maybe a little bit more popular because of what we just went through. Michael Flight and I co-host the Nothing But Net Real Estate podcast, if you really want to go deep, it’s all there. We had someone on our show talking about stores like Apple and all these other places where normally when you go into a mall, or a shopping center, it’s a part of the experience, but now we’re going to start seeing more of those branch out and do their own thing. Imagine a freestanding Apple Store. But I always think of the ones in the mall. Lululemon, and a lot of these other major brands are looking at the freestanding model, which I think is pretty powerful.

These people are very hard to negotiate with, we have to go with their own leases, it can take a couple of years to negotiate those leases, they can be 60, 100, or more pages long. What is lease abstraction?
One thing that Michael will say is the reason why these leases are getting longer and longer, and probably will continue to just get longer is because all of the little nuances in a negotiation that went wrong for someone at some point in time. And they just build and build on the lease. Welcome to the beautiful world of attorneys and legal matters. In summary, you’re working with some of these major tenants, a lot of them come in with their terms and their leases in advance, and you just have to go with it, because you’re not going to try and tell McDonald’s what to do.

The abstract is going through the 50 to 200 page lease, however long it may be, and then pulling the key data points out of that lease, and getting it in a nice, succinct form, probably one, two, three pages, no more than three pages. The lease abstracting that we do at Liberty Fund is done in an Excel model, I’m sure there are other ways you can do it. In summary, it’s just taking out the key data points and getting it in a nice organized document, so that way you don’t have to look through hundreds and hundreds of pages. It takes a special type of person, I like to talk, so I didn’t do it for very long.

What are some of the benefits of NNN leases?
I’ve been in real estate for no more than five years and I’m grateful to be exposed to the retail side of the business, because it’s not as commonly talked about. People can’t relate to it quite as much like single family homes, HGTV, everyone gets it. And that’s how everyone first gets into real estate.

I think the biggest benefit to NNN lease assets are some things that I’ve already alluded to here. For example, the era that the world just went through, individuals not paying rent, and the typical landlord has just gone through a lot of stress. If you want to be a landlord that has minimal stress, this is the asset class for you. It’s not something where you come in and you renovate the whole thing. There are some value add plays out there, but if you’re simply looking to park your capital somewhere safe and sound, and receive that cash flow on a monthly basis, I don’t I don’t know where else you can get it. It’s so straightforward. You have high credit tenants paying you on a monthly basis.

It’s what people call the mailbox money, you really do not have to do anything for the most part. When you have these kind of tenants, they take care of maintenance, the roof, the building, and everything else.
As I have told my landlords out there, do you like taking care of the roofs? Do you like taking care of the taxes, the HVAC? If you do, let me know, you could be a good partner for operations. It’s just a great way to put all of the responsibility on the tenant. Maybe the downside is you’re not going to be making a massive, 50% ROI, but it’s just very stable.

And the beauty in having national tenants means that your cap rate is very low, compared to having a local tenant. They can be renting the same space, and have signed the same lease, however, having that brand and the security is attractive to other buyers because they know that this tenant will pay, so your cap rate decreases, which increases the value of your property. And along those same lines, how do people typically approach a national tenant, especially if they’re just starting out and they don’t have experience with national tenants?
The biggest hack in meeting the tenants and the reps that you want to work with is the networking piece. So how do you go about networking? From my observation in working with Michael, who’s been in the space for close to 35 years now, the relationships are very key. If there’s any sector in the world of business that tends to move slow as far as adopting technology and new ways of thinking, real estate is a slow moving beast. With that being said, you might not like it, but if you want to become sophisticated in this space very quickly, you have to start cultivating relationships with the old guys. You want the people who understand retail and have 30 plus years of experience. And a lot of them didn’t have Rich Dad Poor Dad to introduce them to the real estate space, and they know all the people.

One place that Michael brought me to was Vegas a few years ago to ICSC, the International Council of Shopping Centers annual conference, if you are thinking about getting into the retail sector, I highly recommend getting into that network, that’s where all the cool kids hang out in the retail space. Going to that conference in Vegas really opened my eyes because it aggregated the entire US and international retail space into one massive networking event. You can meet reps from BP, McDonald’s, all the fast food places, Walmart, and brokers from everywhere, you always want to have relationships with brokers even though people can say brokers are annoying, you still want to be friends with them.

That’s where it starts from a lease negotiation perspective. One company that I worked for once upon a time was Sherwin Williams. Those properties are also NNN lease deals and I’ve relationships with the Sherwin reps now because of that. We already know it comes down to relationships. But if you can zone in on the actual brand reps and become friends with them, I think that could probably benefit you a little bit more than just becoming friends with brokers.

I agree 100%, go to conferences, not only for NNN, for whatever asset class you want to get into, industrial office, car washes. You meet not only all of these people but you also connect with other people that are doing the exact same thing as you are and having those relationships are very valuable no matter what you do in real estate. Is there anything else that you think is important for our audience to know that we haven’t covered?
I know enough to be dangerous in this field, but not quite as deep as some of the guests that we’ve had on the Nothing But Net podcast, we go into detail on how to underwrite a NNN lease asset, so I highly recommend checking out the Nothing But Net podcast and if you scroll through the episodes, you can see the topics, from legal, to tax, to 1031’s, to underwriting, to deal analysis. It’s all in there.