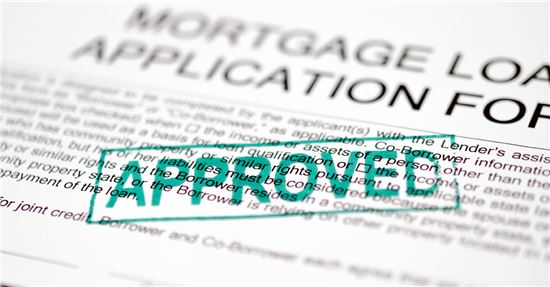 Today we’re discussing commercial loans: how are they different from residential loans, how to find the best lenders, how to apply to these loans and present to the lender, and what are some of the terms that we get to choose on these loans. We are interviewing Paul Castagna, Managing Director at Bedford Lending. Mr. Castagna brings with him nearly thirty years of experience in the commercial real estate finance industry. He has worked with both small and middle market sponsors and focuses on healthcare and multifamily origination under Bedford’s direct FHA programs. Prior to joining Bedford Lending, Paul originated loans in both the wholesale and retail markets for Leadenhall Lime, Aetna Capital and Marcus & Millichap.

Tell us a little bit about yourself
I started in the financial business back in October, 1978. I actually wear two hats here: one is with Bedford Lending, we’re out of Bedford, New Hampshire, a rather small company, about 18 employees in business since 1991, we’re a direct lender, an FHA lender. We’ve closed about $3 billion in loans. The second hat I wear is with Leadenhall Lime, which is based out of Orlando, Florida, they’re basically a mortgage banker who does non-FHA style retail, office loans.

What are the key differences between a residential mortgage and a commercial mortgage?
Home ownership loans, as I’m sure most people know, are pretty much a box. You’re going to fit in or you’re not. If you don’t, you don’t get the loan. In commercial there’s a lot of gray area. The rates can vary widely. The leverage, better known as the loan to value (LTV), varies dramatically. Rates can go anywhere from 3.2% on multifamily all the way up to like 7.75% on retail. It really depends on the deal. I think what it comes down to is that lenders perceive offices and retail a little bit riskier than they would a multifamily property. I can’t speak for home ownership because that’s not my bag. That’s pretty much the difference.

Why would office be in that bag? I understand why retail could be a little bit riskier, but do you mind sharing why they think office is also a little bit riskier?
I think because a lot of people are working from home now, a lot of offices, and a lot of companies downsized. They’ve given some people an option to work from home and as a result officers stabilized a little bit, but it’s still one of those asset classes that is underwritten pretty carefully.

We are now waiting to hear about how the WeWork’s IPO goes, they are probably going to cut their prices significantly. That’s also a very interesting piece of information for the lenders as well. How should a new investor present a deal to a lender in order to get approved? What are some of the really important things that they should be mindful of?
Let me just start off by saying that as a new investor you’re going to have a little bit more challenging time than a seasoned investor. Having said that, if you present it right, you should do fine. And by that I mean: run your credit report up front, accumulate the last three years of your tax returns, put together a personal financial statement, and basically be candid with the lender. If you have anything that you think is going to look badly, like a past bankruptcy or past foreclosure, just explain it upfront. Most lenders, particularly when it comes to a bankruptcy, if it’s medical, they understand it. Just say it up front, don’t have surprises. That’s what we hate. Surprises.

We only like good surprises!
That doesn’t happen very often.

What are some different loan terms that we as investors would be able to choose from and decide on for commercial properties?
Basically you can choose how much leverage you want. It depends on what the lender’s going to offer, but you can get leverage anywhere from 60 to 75 or 80%, we even do 85% of some stuff. Where you have the most flexibility, as a borrower, it’s the prepayment. The longer you do your prepayment out, typically the lower your rate is going to be. So whether you do a three year, five year, or ten year prepay, that’s really where you have the most flexibility when you’re speaking to the lender.

Can these loans be transferred to a new buyer if we decide to sell the property before that three, five or 10 year prepay?
With most lenders, yes. with some lenders no. In today’s market, most lenders would transfer, and there’s usually a small transfer fee.

Is there something that could change? Let’s say the economy takes a turn and then if I’m going to you to get a new loan, are most loans not going to be assumable at that time for new loans?
I don’t think so, I think it’s going to stay. This has been with us for a little while now, and people have become so used to them, as have lenders.  I think it’s here to stay.

How do you recommend people going about finding really good lenders? I see a lot of people posting hard money loans and they really sound like a scam because their rates are so low. How can people make sure that they are really dealing with a legit lender and also a very good one?
I’m not one for political correctness. There’s a lot of scammers in this business, so I’m just being very careful. I would say to talk to other investors, see are they used for lenders and or bonkers and I would really do it that way. I wouldn’t just, you, you know, if you’re a new investor, just going in on your own, talk to other investors and network, you know, go to the networking groups. It pays to network with other investors. You know, I mean this is an information business or whatever one’s one.

A lot of people say that you need to find a local lender where the property is based out of. Is that true?
No, that’s false, I don’t buy that for a minute. For example, the deal that I shared with you previously that I did in Ohio, it was a retail deal in Cleveland and we got great deal for them, 4.35%, 10 year term. 75% loan to value, with a California lender 2000 miles away. I think there might be a few times where a local lender makes sense, but off of the top of my head, I can’t think of a circumstance.

I know that some residential loans today are going back to the old days of stated income stated assets. Is that happening with commercial loans as well?
It is, but you’re going to pay a high interest rate for that. There are a couple of lenders who are doing those nowadays. There’s one here in Florida, there’s one in California. I think there are probably three or four of those lenders.

What would be the hefty fee on average?
Two to three percent more. Rates are so high. I saw them the other day actually, it was 8.99% which I thought was kind of crazy.

Were you there back in 2008 doing loans? Do you want to share a little bit about what was going on and how we should be prepared for a potential recession coming up?
Yes, I was. What was going on? Not a great deal. Nothing really. I was actually working at Marcus and Millichap back then and not much was trading. How do you prepare for that? That’s a good point. A lot of people believe, particularly in some of the biggest cities, particularly in multifamily, they think it’s a little frothy right now. The cap rates are sub five. I think looking at tertiary markets, secondary markets, and value add is kind of a protection for that.

Can you elaborate on why tertiary markets?
Yes, because you’re going to get something that has a higher cap rate. And it’s probably the higher cap rate that is going to compensate for the additional risk. It will probably more than offset. And if you’re doing value add, you can take something up in a tertiary market, let’s just take retail for example. In a tertiary market you could probably pick up a retail property, probably at a 7.5% cap, I’m guessing, maybe more. Fix it up, and before you know you’re probably at an 11-12% cap. The one in Cleveland was a 16% cap rate. Now, this guy is a real savvy investor, he owns about 75 properties, probably about $125 million worth of real estate.

Is there anything else that you would like to share with our audience that they should be aware of?
When you’re talking to lenders, particularly if you’re new to the business is, again, network with people, be straight with your lender, have realistic expectations. Those are the three bullet points.