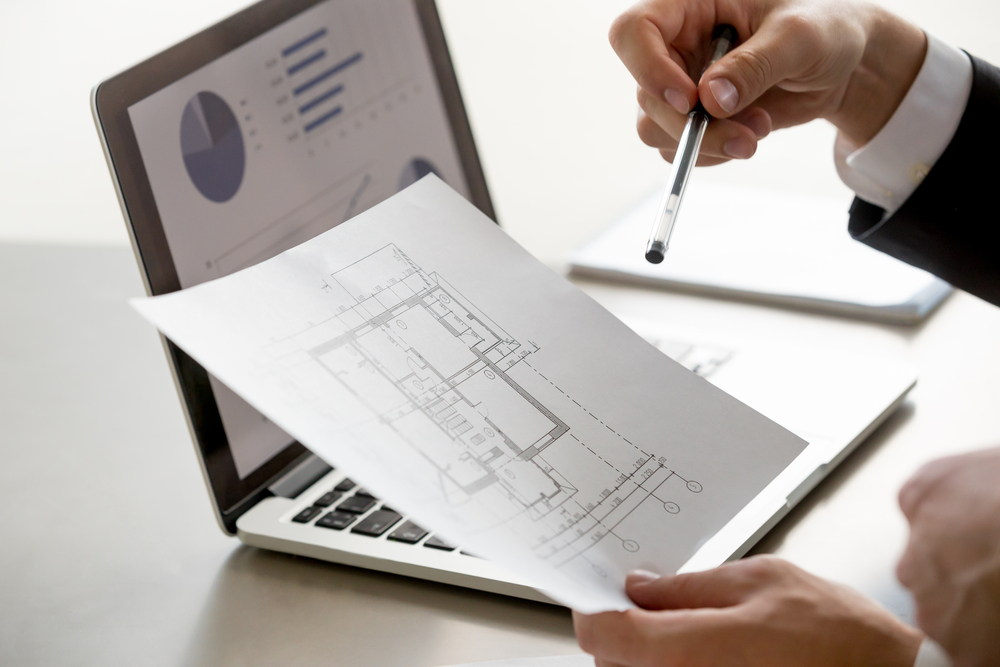 What is cost segregation? Should you do this study when you are renovating your property? Are there asset classes that have better depreciation than others? Cindy Blumenfeld, Director of Client Development at Engineered Tax Services shares her knowledge.

Tell us a little bit about you?
I’ve been with Engineered Tax Services for 13 years now. We’re headquartered in downtown West Palm Beach, but we’re nationally licensed and have clients all across the US, we’re a unique company because we’re a professionally licensed engineering firm with a tax expertise. We put all the experts together in order to maximize their investments.

What is cost segregation, and when should people get that study done?
It’s a study for depreciation of an investment property, not the primary residence that you live in, but any investment property, it could be commercial, it could be a house, or an office condo that you’re doing significant leasehold improvements to. The IRS for some reason has commercial property being depreciated over 39 years, and residential, such as apartment buildings 27.5 years. That means that, let’s say you spent $5 million to buy or build a building, not including land, land isn’t depreciable, and your CPA takes that $5 million and divides it by 39 years, that’s how much can write off every year, and that doesn’t make a whole lot of sense, or give the owners a whole lot of benefit because none of the components in the building lasts 30 or 40 years. An alternate method, not only approved by the IRS, but preferred by the IRS is via an engineered cost segregation study. It’s basically an engineering appraisal of the building for tax purposes.

Our engineers break down every piece and part and component of that building down to the nuts and bolts, imagine you’re building is a doll house, turn it upside down, shake it, everything is personal property because it can be removed and should be put to its appropriate class life. For example, carpeting is a five year asset, there are seven year assets, 15 year assets, 39 year assets. We actually get most of our work from CPAs because they understand this but most CPAs don’t have in-house engineers to actually do the study. We properly align all of the parts of that building, these reports are forensic, they’re hundreds of pages long, and the CPA now has what they need to accelerate depreciation i.e cash flow for the commercial property owner.

There are so many layers of benefits with a cost segregation study and they’re not new, they’ve been around since the 80s but they were for the 100 million dollar buildings. Now we do them in all sizes, even a few 100,000 and up we could do it if somebody bought the building yesterday, or if they bought it even five years ago, or 10 years ago and recapture all of that missed depreciation, even more money on the table now. Not only are they getting the accelerated depreciation cash flow benefit, but oftentimes there are insurance benefits because we have the true replacement cost and depreciable life of these assets. It’s also a great benefit when somebody is planning a renovation.

When you own things, you’re always putting money into it, if it’s buildings, or cars, or manufacturing equipment, you own things you are constantly maintaining, repairing, updating, expanding, and as better things are coming into your building, you’re putting in those new LED lights, the old lights that are in the building need to be written off. Believe it or not, lights and HVAC are 39 year assets per the IRS, even with a cost segregation study, that’s their class life. Nobody has had original lights in their building for 40 years. If they’ve owned the building for 10 years, and now they’re redoing their lights, that’s 20, 30 years of netbook assets that we can write off.

Is bonus depreciation going away anytime soon, or is it here to stay?
It’s not here to stay. It’s interesting with bonus depreciation, some years, they’re here, some years they’re not, we have bonus depreciation now at 100%. That means that when we break down a building component, we group them into buckets per the IRS guidelines, 5 year assets 7, 15, 39 years. Today there’s 100% bonus depreciation, and anything that’s a 15 year asset or newer, you get to front load and take it in year one. Let’s say if I were to get somebody a million dollar tax deduction, but they don’t have that much of a tax liability that they can utilize it, it just rolls forward on their books as a credit for future years, so they don’t lose it. That’s what bonus depreciation is. Next year, it’s going down a bit, and it’s going to keep whittling down, in 2023 it’s going to be 80%. Of those 15 years or newer assets, instead of 100% of them being front loaded, 80% of them is going to be front loaded, but it’s still a tremendous benefit with our cost segregation. Even without bonus depreciation, we’re typically able to reclassify it and accelerate about 20 to 30% of purchase price or build cost.

80% still counts. Is there a particular asset class that is more favorable for someone who needs that depreciation that year?
We do all types of buildings. We also do a complimentary benefit review, all I need to provide our engineering department would be the property address, the purchase price, the type of building, if there’s any renovations, and we’ll look into the benefit analysis. When you turn that building upside down, and the more things that fall out of it the better, those are all the things that we’re going to reclassify. Maybe there are more benefits in multifamily, or a retail store, or a manufacturing facility that has more different components inside it. I know self storage is a hot market right now, and depending on what the structures are made out of, if they’re metal, or aluminum, as opposed to concrete, they can be depreciated over a 15 year life. We do a lot of restaurants, McDonald’s, for example, and the franchisees don’t own the shell of the building, which is a 39 year asset anyway, we can’t accelerate it, but all the components inside the building we can. I had one McDonald’s client that we did a portfolio of eight locations, he had acquired them about five or six years prior to us doing this study, and we were able to recapture all that missed depreciation, giving him back over a million dollars in cash.

That is for the owner, not the franchisee who leases the property, correct?
The franchisee who leases the property, because they own all of the equipment inside it all the furnishings, the playgrounds. It’s for the tenant, or the owner, or the lease holder, depending on who’s paying for the improvements, the renovation. If they’re paying, they own the assets, it’s on their books, they’re the ones that do the cost segregation, and get the benefit.

Note from Steff: If you are an office or retail investor, when you are negotiating a lease with a new tenant, they will ask for TI money, tenant improvement allowance, decide who will actually be doing the improvements because that person will be getting the depreciation, and that must be put on your lease.

Are there any other tips for investors to take advantage of depreciation that is important for them to know?
We didn’t talk about energy yet, we also certify for 179D and the 45L energy certifications. This is for bigger commercial real estate, 45L is a tax credit, we’ve been talking about depreciations, which is tax deduction. If I got somebody a $500,000 tax deduction, they would have to times that by their tax rate, and that’s their net cash benefit, whereas a tax credit is a dollar for dollar straight credit. The 45L had expired, they’re reinstating it as of January 2023 and that’s for large, low rise multifamily development, three stories and under, and that would go to the developer, a couple of $1,000 per door or dwelling for designing with the ultimate energy efficiency. That’s where we come in, it has to be certified by an engineer. And the 179D has actually been out since 2006, and never got the front page recognition it was due, it was a temporary incentive, it was out for a few years, it expired for a few years. They reinstated it and made it retroactive, and it expired again for a few years, reinstated, made retroactive, it expired again. It was just going around like that for a while and now they finally made it permanent.

That’s a tax deduction for up to $1.80 per square foot for new construction or renovated buildings, and that’s derived from three systems: 60 cents for lighting, 60 cents for HVAC, and 60 cents for the building envelope. Lighting is the low hanging fruit, everybody’s putting in the LEDs, and we stick with about 20,000 square feet and up for that. We work really closely with lighting designers and architects to make sure that their design not only meets code, but meets the IRS specifications so that they can get this extra tax incentive, and we see it being missed. People know about a utility rebate, or a state incentive, but this is federal.

Is this benefit only for multifamily?
45L is just for new construction multifamily, 179D is for all commercial buildings, 20,000 square feet and up is our threshold from a cost benefit and apartment buildings that are four stories and higher. You have to love the IRS, they give with one hand and take with the other, big changes are coming. As of January 2023, they’re changing everything with the 179D, they’re increasing the dollar amount, lowering some of the thresholds but then making it a sliding scale where the more energy efficient your building is, the more cents per square foot you’ll be able to get. There are a lot of good things happening.