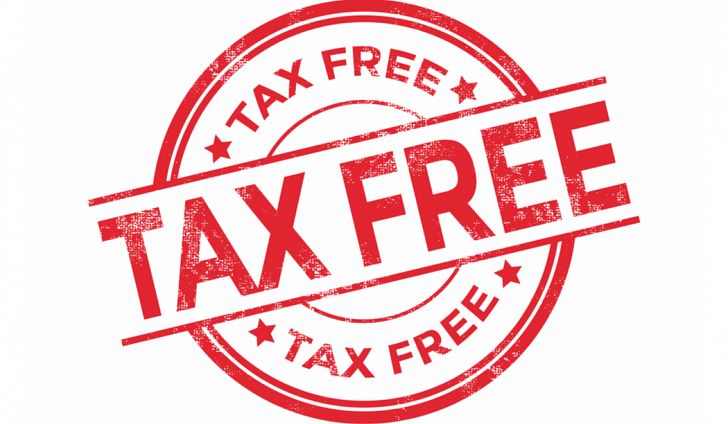 How did you get started in real estate?
I actually got chased into real estate, I had a tax problem. I actually grew up thinking that I’d never get into real estate investing, my dad invested in real estate, he bought some farms, land, and some single family homes. He self managed some of the single family homes, and I realized early on that I didn’t want to have anything to do with that. So I got started in business, I partnered with some people, I got involved in several different businesses and it got to the point that some businesses started to do really well and I ended up having to pay a lot of taxes. At the time, what I knew about taxes is that if you make a lot of money, you have to pay a lot of it. When I started reading and going a lot of research and heard Robert Kiyosaki talking about how you can make a lot of money and pay zero taxes legally, I had to know more of what he was talking about and I stalked him, and I followed him and his team to the Real Estate Guys Summit at Sea, his CPA, Ken McElroy, and that’s how my journey into real estate started. Once I realized that that could be a real tax shelter, not only a wealth building tool, but a tax shelter, I became very interested and wanted to get my hands on it.

When you understood that you could have a lot of tax benefits to real estate, what happened?
What pushed me over the edge was that around the year 2011, I made my quarterly tax payments. I was getting the feeling that we might have a tax issue, but it wasn’t totally prepared for what was coming. I got the call on April the 13th from my CPA saying that we took all the deductibles, you paid your quarterly payments, and you still owe $373,422. So I paid around half a million dollars in taxes that year. Prior to that time, I was having a lot of fun. I was busy. I was putting a lot of time and energy into the business, but it didn’t feel like work. It was so much fun. But when I had to pay almost half my earnings back to the government, it wasn’t so much fun anymore. And I knew there was a better way. After that, I realized during my research that multi-family apartments can be a really good tax shelter. I bought several hundred units of multi-family apartments and I’ve been tax free ever since. I haven’t paid federal tax in a lot of years now.

You are not alone in the real estate world, which is great. So let’s talk about taxes. What are some of the great real estate tax benefits that people may not know about?
The Trump tax law change that came through in late 2017, early 2018. There are some things there that really sweetened the real estate game for investors, and it now enables investors to take bonus depreciation on new or used equipment. Combine that with some leverage. Combine that with some cost segregation studies. It’s a ridiculous amount of relief that you can get from investing in multi-family apartments.

You are an incredibly successful syndicator and you have a few asset classes that you invest in that you fundraise for. Let’s talk about one of my favorite ones, self-storage. Why did you pick that asset class and tell us whatever else you would like to share about self-storage?
I was interested in self-storage from the time I was in my early 20s. My family business is a module building business. And when I was in my early mid 20s, I used to deliver some of these buildings down to a dealer of ours who had a self-storage facility. And I remember clearly he would tell me that this is the easiest way to make money, ever. And I never forgot it. And so I was interested.

But I was so busy and I didn’t have a really good access point. I didn’t know a good team, but I was interested. And the other thing that in the last several years, I kept hearing this over and over again, was how self-storage is typically a really good asset class to own in some kind of a pullback or recession whenever there is a disruption in the marketplace. Self-Storage is typically an asset class that shines when people are moving, and when people are downsizing, when they’re moving from homes and apartment. When businesses are downsizing. When there’s divorce, when there is any kind of disruption. People are getting relocated. Self-Storage shines. So you’re going to own an asset class that does really well in good times and does as well, or maybe even better in bad times. I like it.

I really appreciate the fact that you have diversity outside of real state. As a syndicator, you actually are fundraising for a very interesting class which is ATM machines. Can you share with us how you came across that as an opportunity, and why did you decide to fundraise outside of real estate?
ATMs is simply a form of real estate. It doesn’t sound like it. But what you’re really getting when you’re talking about an ATM investment, is you’re investing in an ATM location, and instead of having a building sitting on that real estate or instead of having thousands of square feet, you’re getting a location agreement that 3 foot by 3 foot. So it is a real estate play, but you’re extracting value from that 3 foot by 3 foot space. It may be one of the highest uses of square footage that you can get in real estate. So, yes, you’re using the ATM as a mechanism to get to the cash flow. But what you’re really doing is you’re securing a location agreement in a high foot traffic area and you’re monetizing it.

How did you come across this?
I’ve been an investor since I was in my late teens and I’ve invested in and all kinds of different things personally. And I had a really good friend who had a really good friend who was in the space. And my really good friend is actually one of the guys on my advisory team. He has been a longtime friend and mentor of mine. He introduced me to these guys that are in the ATM space. So I invested with them, passively. I loved it, it was consistent, it had a strong cash flow. You get a lot of depreciation. I loved the asset class and I became a multi time investor in several different tranches in the ATM space. Fast forward four years. They came to me and said that they took down a portfolio that’s the biggest they’ve ever taken down, and that they could use some help. And they saw what I had done on the multi-family side. I was building up a large portfolio of multifamily apartments, and I had a network of investors and they said, come help us. And I actually was working on two different multi-family apartment deals at the time and I declined.

I believe I declined twice before I turned around, and said, OK, this works for me, it’s one of my favorite asset classes. It fits my business model. It has a strong cash flow. It has strong tax incentives, tax deductions. It’s really what I teach. Why not? If I like it, probably some of my investors would really like it. So I just threw it out there to my network and they jumped in and decided to try it. And from there, it’s what happens when you deliver a product and deliver on it. People loved it. They came back for more. They told their friends and the rest is history. We’ve been doing this now with my group of investors since 2016. So I started out as a passive investor, ended up joining the team, becoming a partner in the game, and took it out to my investors. And it has actually been my most popular asset class, and the one that has attracted more repeat investors than any other asset class that I’m involved in.

I also heard that people need to be very, very careful if they end up investing in an ATM fund because there could be a lot of fraud going on. Is there something that you would like to share about that? You worked with this person before, and obviously you know that they are legit, but there can be funds out there that are definitely not legit on the ATM space.
That’s right. And as in any asset class, I would argue that the most important piece of the puzzle is the team, especially so in ATM business, because an ATM business, it would be easy because the strength of the cash flow, because it’s so strong, it would be easy to run a Ponzi scheme. So definitely know the operators, definitely do your research. Go in and look at the hard data.

That’s awesome. And I also heard that people need to be very, very careful if they end up investing in an ATM fund because there could be a lot of fraud going on. Is there something that you would like to share about that? You worked with this person before, and obviously you know that they are legit, but there can be multiple funds out there that are definitely not legit on the ATM space.

That’s right. And as in any asset class, I would argue that the most important piece of the puzzle is the team, especially so in ATM business, because an ATM business, it would be easy because the strength of the cash flow, because it’s so strong, it would be easy to run a Ponzi scheme. So definitely know the operators, definitely do your research. Go in and look at the hard data.

We’ve done several tours with fund managers where they’ve actually come in and done their own internal audit and looked at our contracts. We don’t offer this to every individual investor, but if you’ve a large following, and you’ve a fund, and you’ve a network of investors and you think you can raise five or 10 million dollars, sure, we’ll give you the inside scoop. We’ve done that several times. We brought people in, we brought fund managers in, and they’ve seen our contracts. We’ve institutional grade contracts with about 300 McDonald’s in New York City, Walgreens, some household name companies that mom and pop ATM investors just don’t have access to institutional grade locations like that.

So do your homework, especially if you’re coming in with a meaningful size investment, make sure you do your homework on the operators, number one, but then do additional homework and make sure that they have contracts. Is there an online portal that you can look at and see what the ATMs are doing? Things like that that they should be asking for. One of the things that I really like about the asset class is that not only is the cash flow super strong, some of the strongest available in any asset class that I’ve seen out there, but most of your cash flow is tax free as you can take the depreciation from the equipment and apply it against the cash flow that you’re getting from the asset, which makes most of it tax free. And it’s a beautiful thing.

Sounds like money grows in trees and out of ATMs too.
You got it!